What is a Parallel Plate Capacitor?

Parallel Plate Capacitors are formed by an arrangement of electrodes and insulating material or dielectric. A parallel plate capacitor can only store a finite amount of energy before dielectric breakdown occurs. It can be defined as: 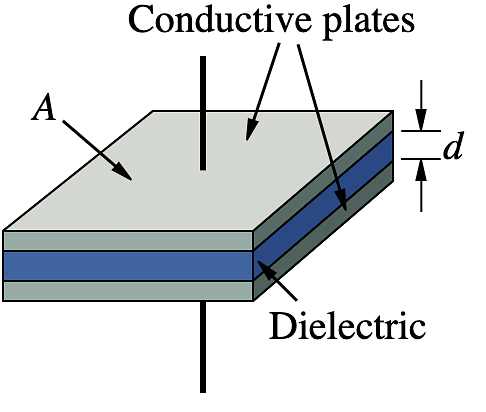 The direction of the electric field is defined as the direction in which the positive test charge would flow. Capacitance is the limitation of the body to store the electric charge. Every capacitor has its capacitance. The typical parallel-plate capacitor consists of two metallic plates of area A, separated by the distance d.

The parallel plate capacitor formula is given by: C = kєºA/d

k is the relative permittivity of dielectric material

d is the separation between the plates

A is the area of plates 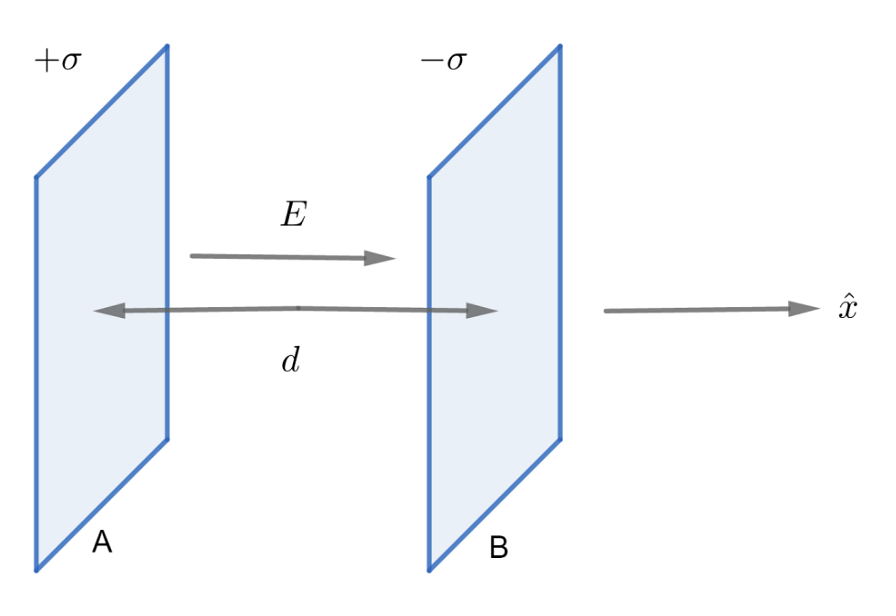 Let the two plates be parallel each other each carrying a surface charge density +σ and −σ respectively. A is the area of the plates and d is the separation between them.

The electric field of a thin charged plate is given by

and is directed normally outwards from the plate. The total electric field between the two plates is given as

The potential difference between the two plates is

Question for Parallel Plate Capacitor
Try yourself: Identify the factor on which the capacitance of a parallel plate capacitor does not depend.
Explanation

View Solution
Question for Parallel Plate Capacitor
Try yourself:Calculate the capacitance of the capacitor, if 1012 electrons are transferred from one conductor to another of a capacitor and a potential difference of 10 V develops between the two conductors.
Explanation

View Solution
Question for Parallel Plate Capacitor
Try yourself:How is the electric field between the two plates of a parallel plate capacitor?
Explanation

View Solution
Question for Parallel Plate Capacitor
Try yourself: Identify the simplest and the most widely used capacitor among the following.
Explanation

The simplest and the most widely used capacitor is the parallel plate capacitor. It consists of two large plane parallel conducting plates, separated by a small distance.

View Solution
The document Parallel Plate Capacitor Notes | Study Physics Class 12 - NEET is a part of the NEET Course Physics Class 12.
All you need of NEET at this link: NEET
Join Course