, where q(x)≠0 can be expressed as a sum of rational fractions, each having a factor of q(x) then, such a fraction is known as a partial fraction.

is a improper rational fraction,then

wWhere, h(x) is a polynomial and

is a proper rational fraction. 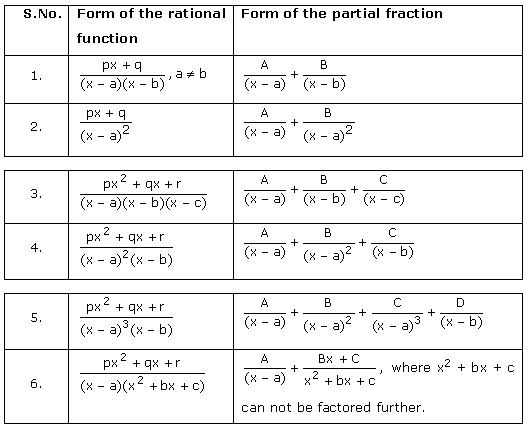 In the above table A, B, C and D are real numbers to be determined suitably.

Let us consider the case when the denominator contains non-repeated linear factors,of type

Alternatively,we can equate the coefficients of x and the constant terms we get r = A + B s = -bA - aB Solving these two equations, we will get the values of A and B Substituting the values of A and B in the given equation, we get the required partial fractions. Let us consider the case of when the denominator contains repeated linear factors of the type

Given below are some of the examples on Integration by Partial Fractions: Substituting the values of A, B and C in the above equation, we shall obtain the required partial fractions.

Equating the numerators of both sides,

This is an identity. The coefficients of each power of the variable must be equal and that way, solutions for A, B, C, D and E can be made. But, that process is tedious. Instead, it will be easier to assume some compatible values which can eliminate some terms.

Divide the numerator by the denominator, since the rational fraction is improper. 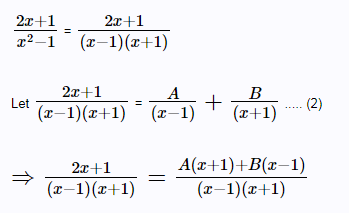 Substituting the values of A and B in (2) we have

This can be decomposed as, 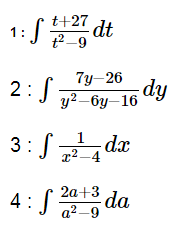 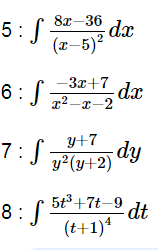