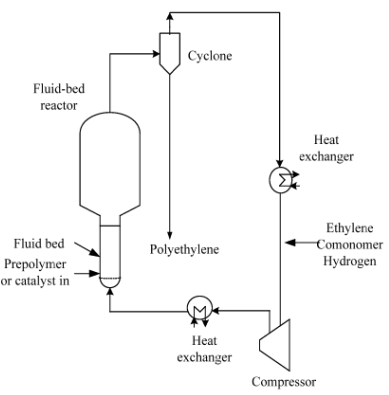 A broad range of poluethylene with density varying from 0.919 to 0.9605 g/cm2 with varying melt index can be made by this process. The process can be divided into three major areas

The process involves solution polymerization of gaseous ethylene using cycolhexane solvent and comonomer butene or octane comonomer (incase of low density polymers). Zigler catalyst is used to polymerise ethylene using cycloheaxane as solvent. A chain terminator is used to control the molecular weight at the reactor outlet a catalyst deactivator is added to terminate the reaction. The polymer is depressurized to flash off solvent, unreacted ethylene and comonomer from the molten polyethyelene which are separated and recovered using distillation. The polymer after stripping the residual solvents fed to main extruder and resulting polymer pellets are dried and send to blender for homogenizing and finally conveyed to storage silo. In the process Dowtherm is added as heating media. Process flow diagram for the manufacture of polyethylene by sclairtech Process is given in Figure M-VIII 2.2. 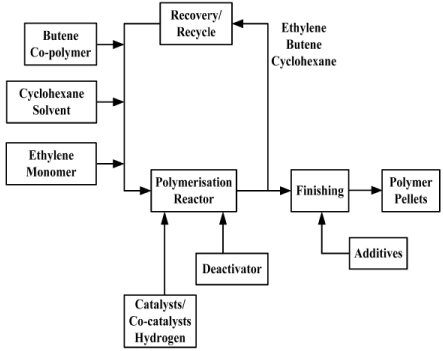 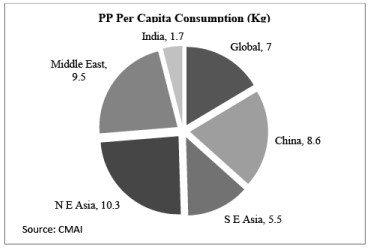 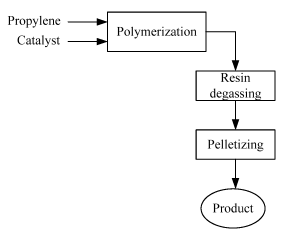 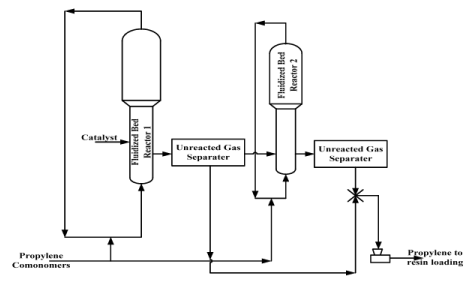 Styrene is produced by dehydrogenation of ethyl benzene which is made by alkylation of benzene. Ethylbenzene by UOP EB One process is produced by liquid phase alkylation of benzene using proprietary zeolite catalyst which can be regenerated repeatedly thereby avoiding significant catalyst disposal problems associated with other aluminium chloride catalyst. The process offers better product quality, better heat integration, low investment and a more rugged and reliable catalyst system.

Lumus/UOP Classic SM process: in this process styrene is made by catalytically dehydrogenating ethylbenzene in presence of steam in multistage reactor system. The reaction is carried out at high temperature under vacuum. The process uses a oxidative rehet technology. Polystyrene is clear transparent resin with a wide range of melting points and good flow properties which make it suitable for injection moulding

NOVA’s Polystyrene Technology: The process produces a complete range of general purpose (crystal) and impact resistant polystyrene. This is based on bulk continuous polymerization technology.