The document Pteridophyta NEET Notes | EduRev is a part of the NEET Course Biology Class 11.
All you need of NEET at this link: NEET

The most ancient vascular plants are placed in this class. The plants in this class have many primitive characters:

Note: Vascular tissue is present only in stem. Main plant body of pteridophytes is sporophyte which is diploid.

Note: In plant kingdom, the gametophyte is always non-vascular. 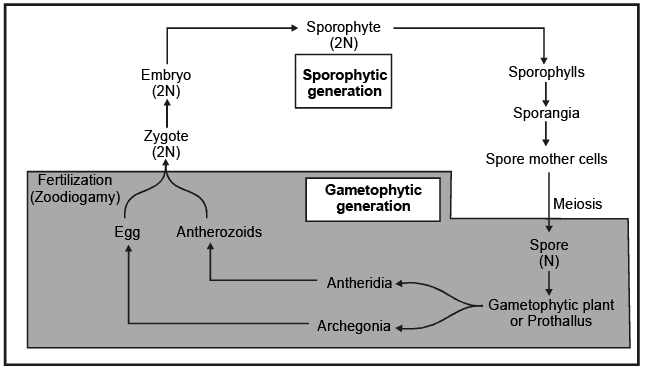 Try yourself:Azolla is used as a biofertilizer because it
Explanation

Azolla is used as a biofertilizer because it has association of cyanobacterial members in their internal tissue. Cyanobacaterial members can fix atmospheric nitrogen.

(iii) Habitat of Some Important Pteridophytes