In each of the following pairs of right triangles, the measures of some parts are indicated along side. State by the application of RHS congruence condition which are congruent. State each result in symbolic form. (Fig. 46) 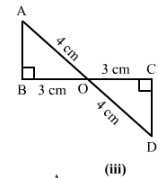 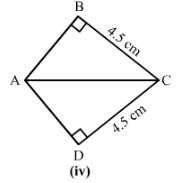 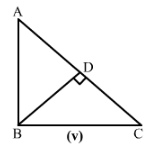 ∆ ABC is isoseles with AB = AC. Also, AD ⊥ BC meeting BC in D. Are the two triangles ABD and ACD congruent? State in symbolic form. Which congruence condtion do you use? Which side of ∆ ADC equls BD? Which angle of ∆ ADC equals ∠B? 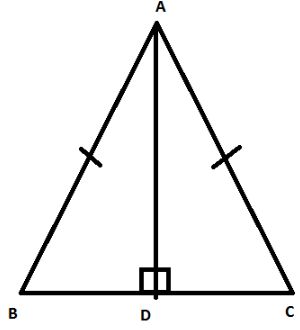 Draw a right triangle ABC. Use RHS condition to construct another triangle congruent to it.

Consider△ABC with ∠B as right angle.We now construct another right triangle on base BC, such that    ∠C is a right angle and     AB = DCAlso, BC = CBTherefore, by RHS, △ABC≅△DCB 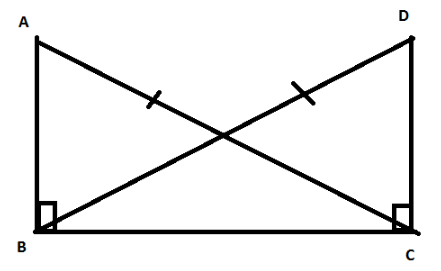 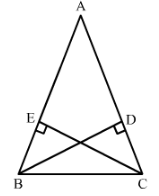