Properties of SignalsA signal can be classified as periodic or aperiodic; discrete or continuous time; discrete of continuous-valued; or as a power or energy signal. The following defines each of these terms. In addition, the signal-to-noise ratio of a signal corrupted by noise is defined.

Periodic / Aperiodic:A periodic signal repeats itself at regular intervals. In general, any signal x(t) for which for all t is said to be periodic.The fundamental period of the signal is the minimum positive, non-zero value of T for which above equation is satisfied. If a signal is not periodic, then it is aperiodic.Symmetric / Asymmetric:There are two types of signal symmetry: odd and even. A signal x(t) has odd symmetry if and only if x(-t) = -x(t) for all t. It has even symmetry if and only if x(-t) = x(t).Continuous and Discrete Signals and SystemsA continuous signal is a mathematical function of an independent variable, which represents a set of real numbers. It is required that signals are uniquely defined in except for a finite number of points.

Example: A rectangular wave is discontinuous at several points but it is continuous time signal. 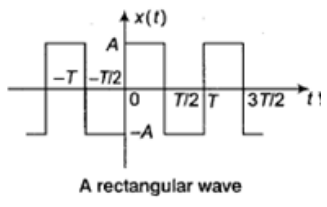 Discrete / Continuous-Time Signals:A continuous time signal is defined for all values of t. A discrete time signal is only defined for discrete values of t = ..., t-1, t0, t1, ..., tn, tn+1, tn+2, ... It is uncommon for the spacing between tn and tn+1 to change with n. The spacing is most often some constant value referred to as the sampling rate,Ts = tn+1 - tn.It is convenient to express discrete time signals as x(nTs)= x[n].That is, if x(t) is a continuous-time signal, then x[n] can be considered as the nth sample of x(t).Sampling of a continuous-time signal x(t) to yield the discrete-time signal x[n] is an important step in the process of digitizing a signal.Energy and Power Signal:When the strength of a signal is measured, it is usually the signal power or signal energy that is of interest.The signal power of x(t) is defined as

and the signal energy as

Signal to Noise Ratio:Any measurement of a signal necessarily contains some random noise in addition to the signal. In the case of additive noise, the measurement isx(t) = s(t)+n(t)where s(t) is the signal component and n(t) is the noise component.The signal to noise ratio is defined as

The signal to noise ratio is an indication of how much noise is contained in a measurement.Standard Continuous Time Signals 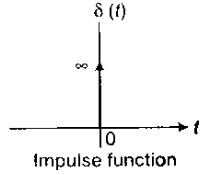 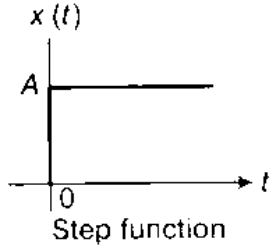 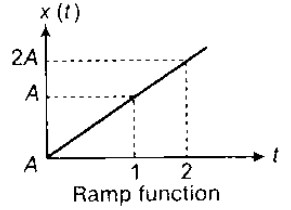 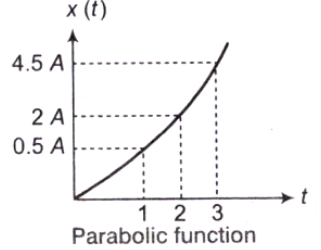 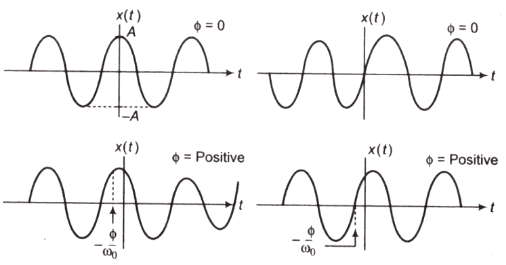 Classification of Continuous Time Signal: The continuous time signal can be classified as
1. Deterministic and Non-deterministic Signals:

2. Symmetric (even) and Anti-symmetric (odd) SignalsWhen a signal exhibits symmetry with respect to t = 0, then it is called an even signal.x(-t) = x(t) 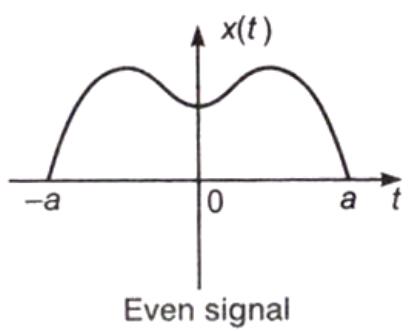