The document NEET Previous Year Questions (2014-21): Reproductive Health Notes | Study Biology Class 12 - NEET is a part of the NEET Course Biology Class 12.
All you need of NEET at this link: NEET 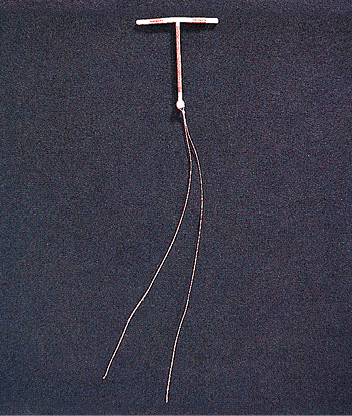 Some of these infections like hepatitis–B and HIV can also be transmitted by sharing of injection needles, surgical instruments, etc., with infected persons, transfusion of blood, or from an infected mother to the foetus too. 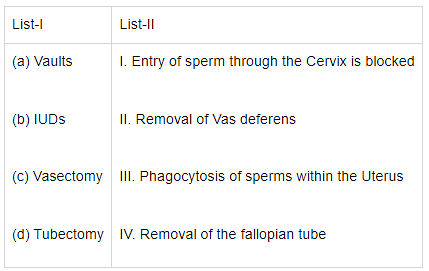 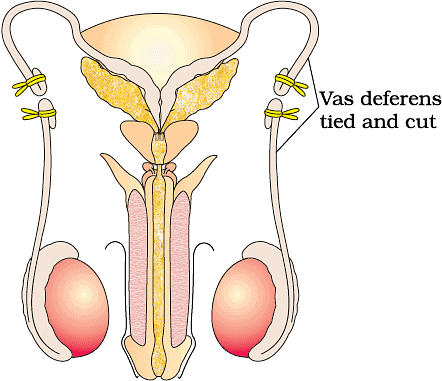 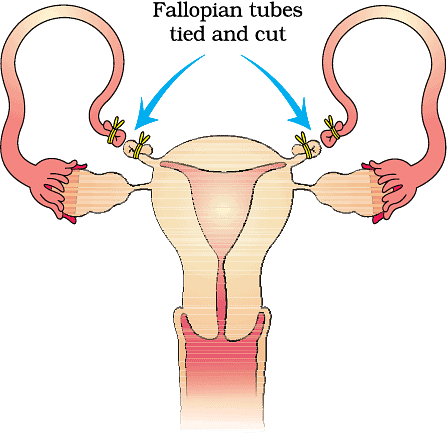 Q.4. In which of the following techniques, the embryos are transferred to assist those females who cannot conceive?     [NEET 2020](a) ICSI and ZIFT(b) GIFT and ICSI(c) ZIFT and IUT(d) GIFT and ZIFT

When females cannot conceive then embryo transfer is done by using ZIFT and IUT technique. In this method, ova from female & sperms from male is collected and are induced in the laboratory under simulated conditions to form a zygote. The zygote with up to 8 blastomeres is transferred into the fallopian tube through ZIFT or embryos with more than 8 blastomeres are transferred into the uterus through IUT. 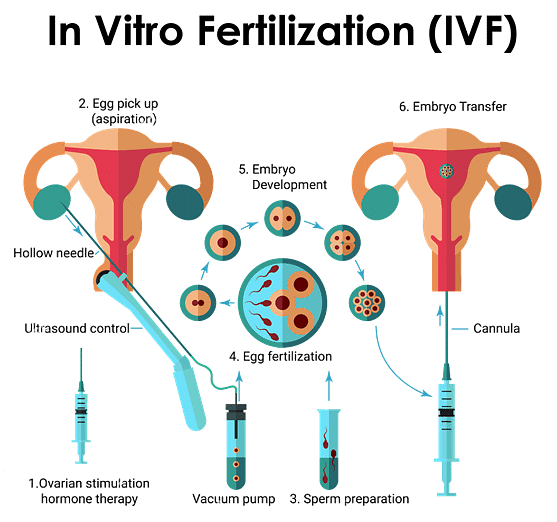 Progestaserl and LNG-20 are hormone-releasing IUDs that make the uterus unsuitable for implantation and the cervix hostile to sperms.

Q.8. Which of the following sexually transmitted diseases is not completely curable?      [NEET 2019](a) Chlamydiosis(b) Gonorrhoea(c) Genital warts(d) Genital herpes

Antibiotics like tetracycline, erythromycin, and rifampicin are effective in chlamydiosis. Gonorrhea can be treated by antibiotics such as erythromycin, ciprofloxacin, etc. For treating genital warts, cryosurgery is used for removing warts. Genital herpes is an incurable STD.

Q.9. Which of the following is a correct statement?        [NEET 2019](a) IUDs once inserted need not be replaced.(b) IUDs are generally inserted by the user herself.(c) IUDs increase phagocytosis of sperms in the uterus.(d) IUDs suppress gametogenesis.

Doctors or expert nurses insert these devices in the uterus through the vagina. 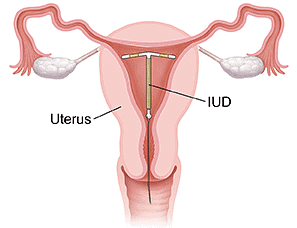 There are three types of IUDs available: (i) The non-medicated IUDs (e.g., Lippes loop) increase phagocytosis of the sperms.(ii) Copper releasing IUDs (CuT, Cu7, Multiload 375). IUDs increase phagocytosis of sperms within the uterus and the Cu ions released suppress sperm motility and the fertilizing capacity of sperms.(iii) The hormone-releasing IUDs 60 (Progestasert, LNG-20). The hormone-releasing IUDs, make the uterus unsuitable for implantation and the cervix hostile to sperms.

Q.10. The contraceptive ‘Saheli’:       [NEET 2018](a) Blocks estrogen receptors in the uterus, preventing eggs from getting implanted.(b) Increases the concentration of estrogen and prevents oblation in females.(c) Is an IUD(d) Is a post-coital contraceptive.

Saheli is a mini pill that contains a nonsteroidal preparation called centchroman, which is taken once a week after an initial intake of twice a week for 3 months. It blocks estrogen receptors in the uterus hence alters uterine lining and prevents fertilized eggs from being implanted. 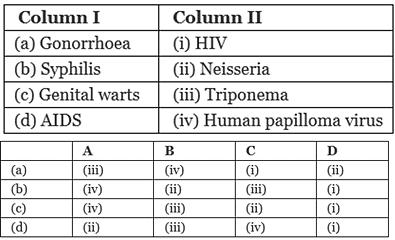 Q.12. The function of copper ions in copper releasing IUDs is:       [NEET 2017](a) They inhibit gametogenesis(b) They make the uterus unsuitable for implantation(c) They inhibit ovulation(d) They suppress sperm motility and fertilization capacity of sperm.

Copper-releasing IUDs (i.e., CuT, LNG - 20) is placed in the uterus of the females. They are efficient birth control methods. Copper ions released by them suppress the motility and fertilization capacity of the sperms.

Q.13. In the case of a couple where the male is having a very low sperm count, which technique will be suitable for fertilization?        [NEET 2017](a) Gamete Intracytoplasmic Fallopian Transfer(b) Artificial Insemination(c) Intracytoplasmic Sperm Injection(d) Intrauterine Transfer

Infertility cases due to the inability of the male partner to inseminate the female or due to very low sperm count in the ejaculates could be corrected by using the artificial insemination (AI) technique.

Vasectomy is a surgical contraception method performed in males.

Q.16. Embryo with more than 16 blastomeres formed due to in Vitro fertilization is transferred into       [NEET 2016](a) Uterus(b) Fallopian tube(c) Fimbriae(d) Cervix

An embryo with more than 16 blastomeres formed due to in vitro fertilization is transferred into the uterus (intrauterine transfer, IUT).

Correct Answer is Option (b)Amniocentesis is a fetal sex determination and disorder test based on the chromosomal pattern in the amniotic fluid surrounding the developing embryo.

A hysterectomy is a surgery in which a woman’s uterus is removed. It is adopted for the treatment of uterine fibroids and cancer of the uterine zone.Q.20. Ectopic pregnancies are referred to as:        [NEET 2015](a) Implantation of the embryo at a site other than the uterus.(b) Implantation of the defective embryo in the uterus(c) Pregnancies terminated due to hormonal imbalance.(d) Pregnancies with a genetic abnormality.

In ectopic pregnancies, the implantation of the embryo does not occur in the uterus but at another site.

Tubectomy also referred to as tubal sterilization is a surgical procedure done on women as a permanent method of contraception. In this method, fallopian tubes are blocked so that the ova or eggs are prevented from traveling to the uterus from the ovary. This prevents any future pregnancy from occurring after the surgical procedure. 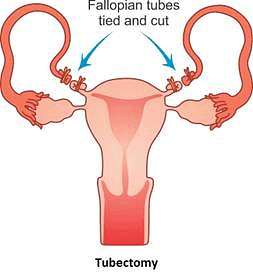 IVF (In-vitro Fertilization) is the process of fertilization by manually combining an egg and sperm in a laboratory dish. The process involves monitoring and stimulating a woman's ovulatory process, removing ovum or ova (egg or eggs) from the woman's ovaries, and letting sperm fertilize them in a fluid medium in a laboratory. The fertilized egg (zygote) is cultured for 2-6 days in a growth medium and is then transferred to the mother's uterus with the intention of establishing a successful pregnancy.

The document NEET Previous Year Questions (2014-21): Reproductive Health Notes | Study Biology Class 12 - NEET is a part of the NEET Course Biology Class 12.
All you need of NEET at this link: NEET