The document JEE Notes | EduRev is a part of the JEE Course Chemistry for JEE.
All you need of JEE at this link: JEE

Classification of Elements was necessary since many elements were being discovered in the 19th century and the study of these elements individually was proving difficult.

There were many attempts at classifying elements including ‘Dobereiner’s Triads’ and ‘Newland’s Octaves’.

The Limitations of Dobereiner’s Triads are:

Limitations of Newland’s octaves are: Advantages of Mendeleev’s Periodic table are:

Limitations of Mendeleev’s Periodic table are:

“The physical and chemical properties of the elements are periodic functions of their atomic numbers”. Ionization energy increases along the period while decreases down the group. 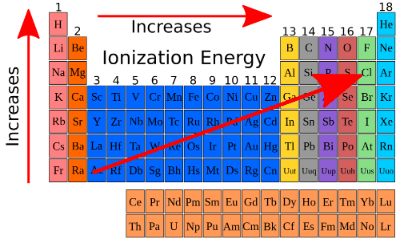 Electronegativity of elements increases along the period while decreases down the group.

Factors affecting the magnitude of electronegativity

It is the number of univalent atoms which can combine with an atom of the given element.

6. Metallic Character of an Element