1. I.U.P.A.C. Nomenclature:The following points should be remembered during I.U.P.A.C. (International Union of Pure and Applied Chemistry) nomenclature of an organic compound.

2. Priority Table of Functional Group :(Priority decrease down the group) 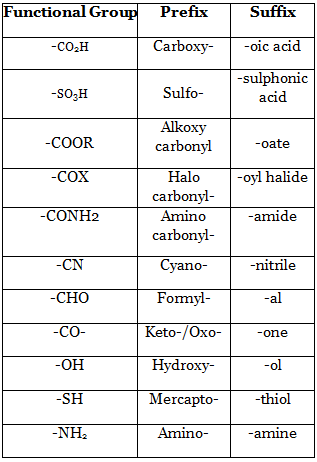 9. For showing tautomerization, the presence of at least one acidic ∝-H is the necessary condition.10. In general, the keto form is energetically more stable than the enol form. But, the % of enol form can be higher than the % of keto form due to the mainly following two reasons :

(b) Conditions : The two basic conditions for stronger H-bonding are :

15. Inductive effect arises due the difference in electronegativity between the bonded atoms. Its effect decreases as the distance from the source increases. It is a permanent effect. It can be of two types - Electron donating inductive effect (+1 effect) and Electron withdrawing inductive effect (-1 effect). Many phenomena such as stability of reactive intermediates, acidity-basicity etc. can be explained by this effect.16. Rules for finding out the most stable resonating structure 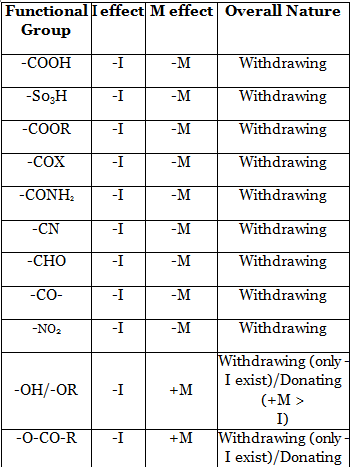