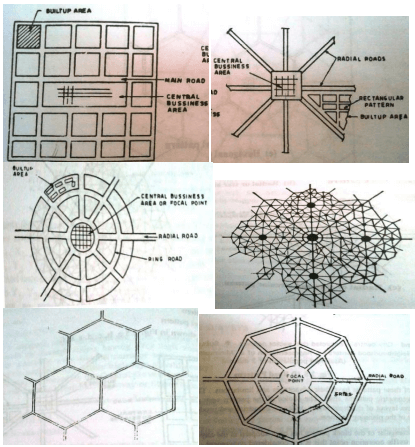 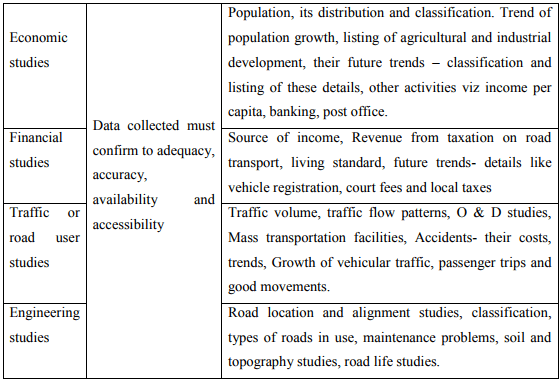 Objective of Planning Surveys 1.Workout, the financial system and recommended changes in tax arrangements and budget procedures, provide efficient, safe economics, comfortable and speedy movement for goods and people.2.Plan a road network for efficient traffic operation at minimum cost.3.Plan for future requirements and improvements of roads in view of developments and social needs.4.Fix up data wise priorities for development of each road link based on their utilities.Preparation of Plans

Interpretation of Planning Surveys i) To arrive at the road network with maximum utility among alternative proposals.ii) To fix up the priority of the construction projects and phase the development planiii) To assess the actual road use by studying traffic flow patterns.iv) Based on the studies, structural and geometric features are constructed.v) Comparisons of the areas may be obtained on the basis of their economic activities.vi) On statistical basic, the data obtained in fact finding surveys may be analyzed for the future trends in development of an area.Master Plan Master plan is referred to as road development plan of a city; district or a street or for whole country. It is an ideal plan showing full development of the area at some future date. It serves as the guide for the plan to improve some of the existing roads and to plan the network of new roads.It helps in controlling the industrial, commercial and agricultural and habitat growth in a systematic way of that area.It gives a perceptive picture of a fully developed area in a plan and scientific way.Stages in the Prepartion of Master Plan 1.Data Collection: It includes data regarding existing land use, industrial and agricultural growth, population, traffic flow, topography, future trends.2.Preparation of draft plan and invite suggestions and comments from public and experts.3.Revision of draft plan in view of the discussions and comments from experts and public.4.Comparison of various alternate proposals of road system and finding out the sequence in which the master plan will be implemented.In India targeted road lengths were fixed in various road plans, based on population, area and agricultural and industrial products. The same way it may be taken as a guide to decide the total length of road system in each alternate proposal while preparing a master plan for a town or locality.