The document Round Robin Scheduling Notes | EduRev is a part of the GATE Course Operating System.
All you need of GATE at this link: GATE

Program for Round Robin scheduling

Round Robin is a CPU scheduling algorithm where each process is assigned a fixed time slot in a cyclic way. 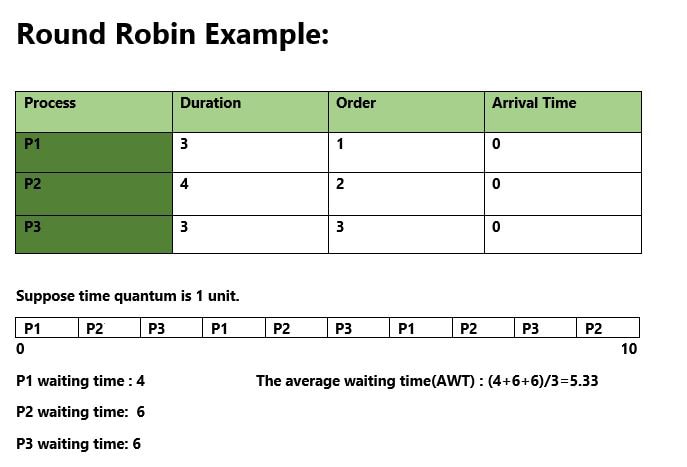 How to compute below times in Round Robin using a program?

Once we have waiting times, we can compute turn around time tat[i] of a process as sum of waiting and burst times, i.e., wt[i] + bt[i]

Round-robin scheduling algorithm is used to schedule process fairly each job a time slot or quantum and the interrupting the job if it is not completed by then the job come after the other job which is arrived in the quantum time that makes these scheduling fairly.

Quantum time is 2 this means each process is only executing for 2 units of time at a time.

How to compute these process requests:

After all these we get the three times which are:

How to implement in a programming language