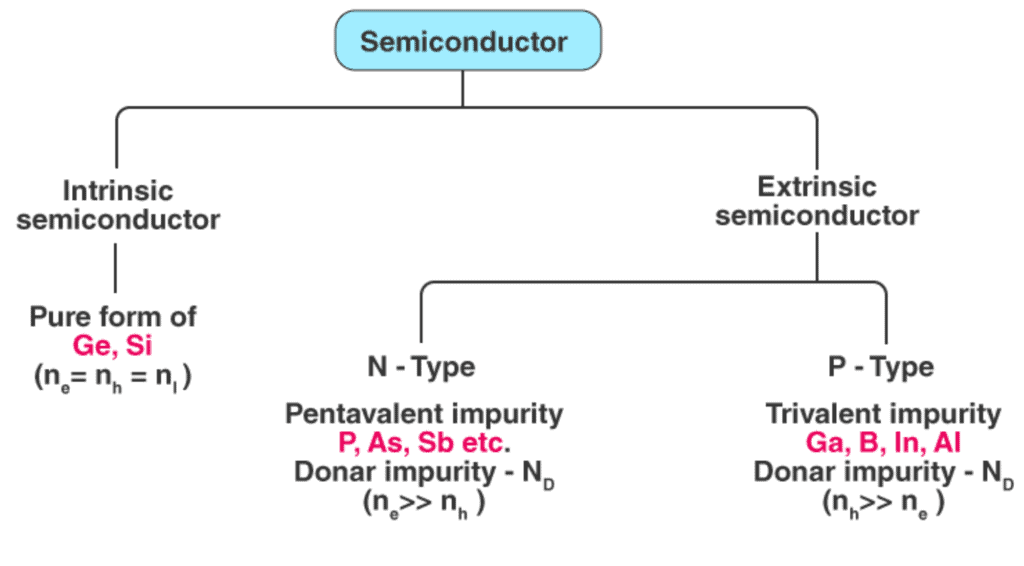 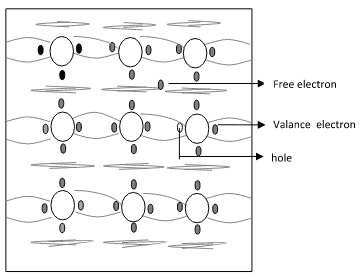 Fig. 1.2b Crystal Structure of Si at Room Temperature 0k

The mechanism by which a hole contributes to conductivity is explained as follows: 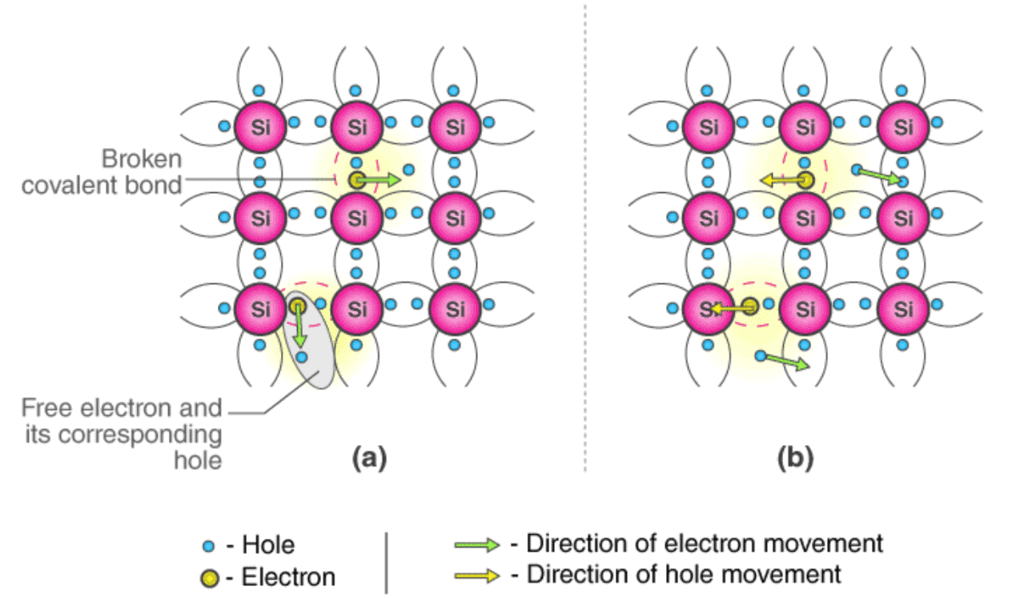 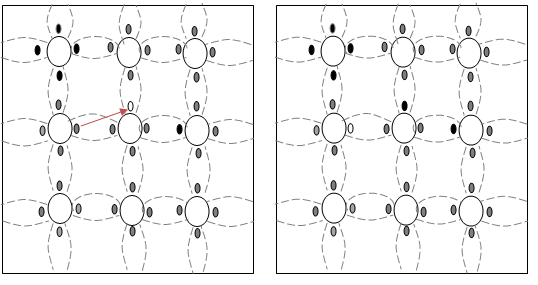 The Lattice of Pure Silicon Semiconductor at Different Temperatures

The energy band diagram of an intrinsic semiconductor is shown below:

In intrinsic semiconductors, current flows due to the motion of free electrons as well as holes. The total current is the sum of the electron current Ie due to thermally generated electrons and the hole current IhTotal Current (I) = Ie + IhFor an intrinsic semiconductor, at finite temperature, the probability of electrons to exist in conduction band decreases exponentially with increasing bandgap (Eg)n = n0e-Eg/2.Kb.where,

Semi conductor that are pure i.e. free from impurities are termed as intrinsic semiconductor. 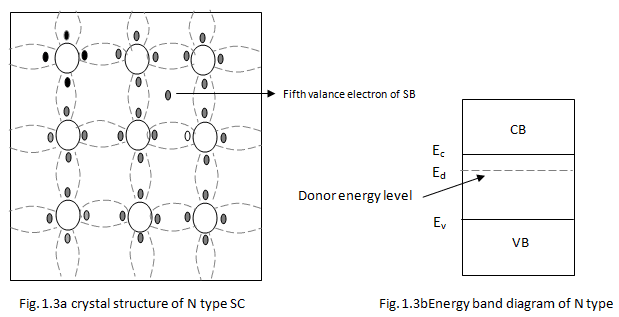 Difference between Intrinsic and Extrinsic semiconductors: