Ques 1. Describe the Theory of Plate Tectonics.Ans. A plausible theory presented by earth scientists to explain the formation of continents and ocean basins and the various land forms is the ‘Theory of Plate Tectonics’. According to the theory, the crust of the earth has been formed out of seven major and some minor tectonic plates. 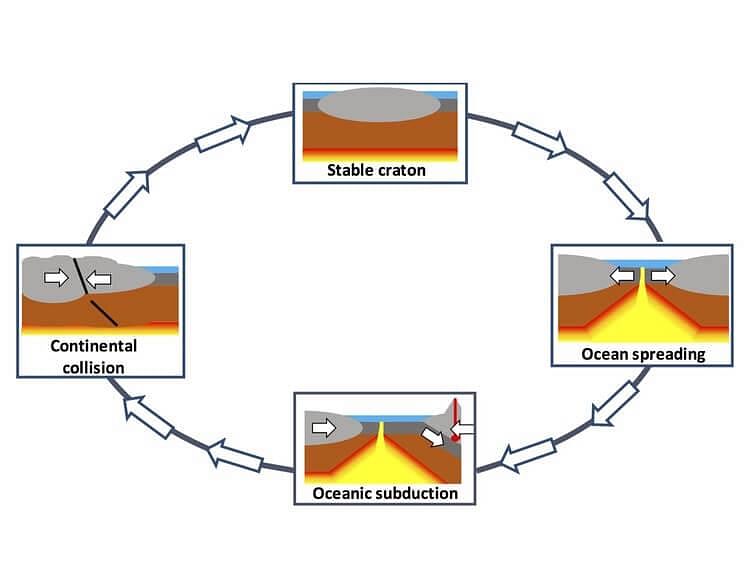 Fig: Plate Tectonics According to the earth scientists, millions of years ago, the world comprised of a supercontinent ‘Pangaea’ surrounded by the primeval ocean ‘Panthalasa’. The present continents and intervening oceans were formed due to splitting of the crust into plates due to convection currents and drifting of these plates.

The movement of these plates due to convection currents results in the building up of stresses within the plates and continental rocks above. This leads to folding, faulting and volcanic activity along the zones of maximum stress, i.e., mostly along the margins of the plates. Earthquake and volcanic activity are maximum here.The circum-Pacific region – popularly termed as the Pacific Ring of Fire on account of its volcanoes and frequent earthquakes – lies along the margin of tectonic plates. 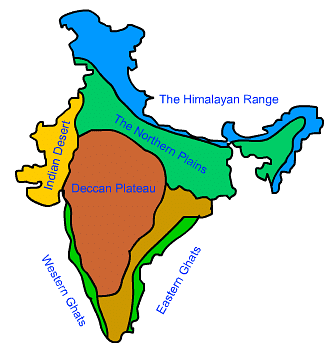 Fig: Physiographic divisions of IndiaThe Coastal Plains: The Peninsular Plateau of India is flanked by a stretch of narrow coastal plains to its west and east. The Western Coastal Plain is a narrow strip of plain stretching along the Arabian Sea lying to its west and flanked by the Western Ghats to its east. The northern part of the West Coast is called the Konkan (Mumbai to Goa), the central stretch is called the Kannad while the southern part is called the Malabar Coast.The Eastern Coastal Plain is comparatively wide and level stretch running along the Bay of Bengal lying to its east with the Eastern Ghats rising to its west. It is known as Northern Circar in the north, while its southern part is referred to as the Coromandal Coast.

Ques 4. How was the Great Northern Plains of India formed? Give a brief description.Ans. The formation of the Himalayas due to upliftment of sediments out of the Tethys Sea and subsidence of the northern flank of the Peninsular Plateau resulted in the formation of a large basin.Over millions of years this depression gradually got filled up with alluvium deposited by the three major river systems – the Indus, the Ganga and the Brahmaputra flowing from the Himalayas in the north. Sediments were also deposited by the tributaries of these rivers rising from the mountains in the north as well as the Peninsular Plateau to its south. As a result, the fertile Indo-Gangetic or Northern Plains, and the Brahmaputra Plain in the northeast, were formed.As the Himalayas gained in height, the rivers, glaciers and other agents of denudation became increasingly active in erosion. As a result, large amount of silt got deposited in the shrinking Tethys. 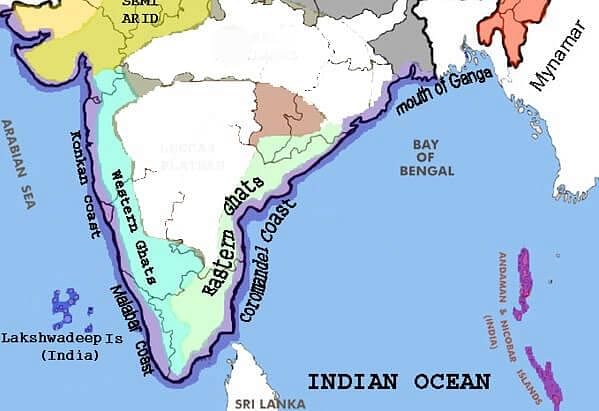 Fig: Western and Eastern ghats of IndiaThe Eastern Ghats mark the eastern edge of the Deccan Plateau. They stretch from the Mahanadi Valley to the Nilgiri Hills in the south. The eastern coastal plain runs to its east. The Western Ghats are continuous and regular and can be crossed only through passes like the Thal, Bhor and the Pal Ghats.

Ques 6. What is the Great Himalaya? Write two characteristics of it.Ans. The northernmost range of the Himalayas is known as the Great or Inner Himalayas or the  Himadri.(i) It is the most continuous range consisting of the loftiest peaks with an average height of 6000 metres. It contains all the prominent Himalayan peaks.(ii) Its folds are asymmetrical in nature and its core is composed of granite rock. It is perenmially snowbound and contains many glaciers.

Ques 7. Define tectonic or lithospheric plates.Ans. Earth scientists have put forward the view that the Earth’s crust or the lithosphere is not a continuous block. 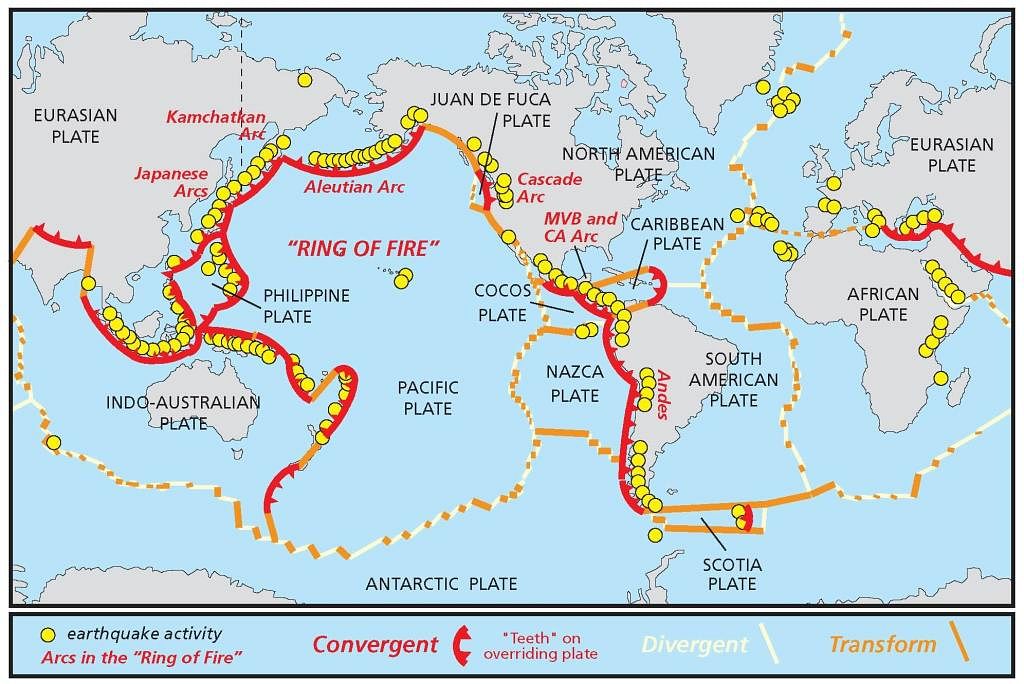 Fig: Lithospheric platesIt consists of several large and small, rigid, irregularly shaped plates (slabs) which include continents and the ocean floor. These slabs are moving or drifting in relation to each other by about 2.5 cm to 5 cm each year.

The Malwa plateau lies in Madhya Pradesh. It is composed of extensive lava flows. There are rolling plains separated by flat-topped hills. The plateau is largely broken in form of ravines near the Chambal Valley in its east.

Ques 10. What are corals? Name and describe the island group which is of coral origin.Ans. Corals are short-lived microscopic organisms, which lives in colonies. They flourish in shallow, mud-free and warm waters. 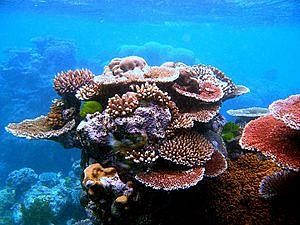 Ques 11. Describe 'Bhabar' and 'Terai'.Ans. Bhabar is pebble studded formation situated at the base of mountains and plains in the Himalayan region. Terai is a sloping land at the foothills of the Nepal Himalayas. The Terai receives heavy rainfall and is densely forested.

Ques 13. Why are the Himalayas called young fold mountains?Ans. The Himalayan mountain is geologically young and structurally fold mountains stretch over the northern parts of India.

Fig: The Himalayan mountain It was uplifted from the 'Tethys Sea' during the Tertiary period. The whole mountain represents a very youthful topography with high peaks, deep valleys and fast flowing rivers. That is why it is called an young-fold mountain.

Ques 14. The relief of India displays a great physical variation. Explain.Ans. India is a vast country with varied land forms. It has high mountains, plains, plateaus, islands, deserts etc. This varied large landmass formed during different geological periods which has influenced her relief.

Besides geological formations, a number of processes such as weathering, erosion and deposition have created and modified the relief to its present form. It is, therefore, India displays a great physical variation.