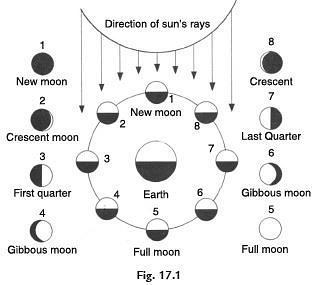 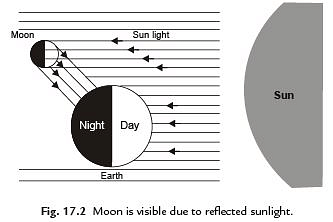 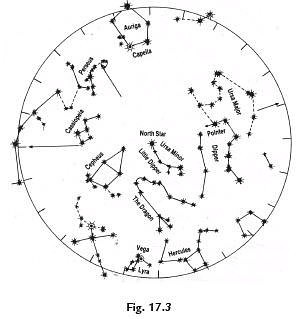 Ursa Major consists of a group of seven stars. Three stars appear to form the handle of the dipper and four stars form its bowl (Fig. 17.4). It appears to move from east to west in the sky.

‘Great Bear’ or ‘Big Dipper’: The name ‘Big Dipper’ has been derived from the word ‘Dipper’. Dipper was used in olden days for drinking water as shown in Fig. 17.5

Pole Star: To locate Pole star, look at the two stars at the end of Ursa Major as shown in Fig. 17.6. Imagine a straight line passing through these two stars. Extend this imaginary line towards the north direction (Fig. 17.6). On this line you can locate a star which is not too bright and around which there are no stars. It is the Pole Star. The Pole star always appears to remain at the same position in the sky. 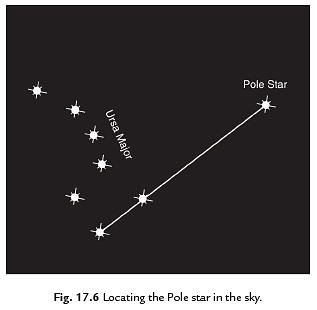 The stars of Ursa Major appear to revolve around the Pole star. The Pole star is not visible from the southern hemisphere. 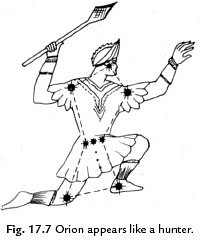 The brightest star located close to Orion constellation is called Sirius. ä Cassiopeia: This constellation is visible during winter in the northern sky. It looks like a distorted letter W or M. 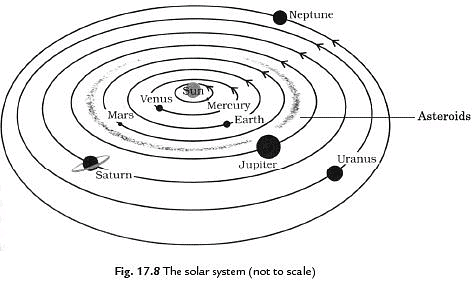 Comet: A comet appears as a bright head with a long tail. They revolve around the sun in highly elliptical orbits. The tail of a comet is always directed away from the sun.

Asteroids: A large number of small objects that revolve around the sun between Mars and Jupiter are called asteroids.

The document Short Notes - Stars and the Solar System, Science, Class 8 Notes | Study Science Class 8 - Class 8 is a part of the Class 8 Course Science Class 8.
All you need of Class 8 at this link: Class 8
Join Course