Q1. Where do Andaman and Nicobar Islands and the Lakshadweep islands lie?

To the southeast and southwest of the mainland, lie the Andaman and Nicobar Islands and the Lakshadweep Islands in the Bay of Bengal and the Arabian Sea respectively. 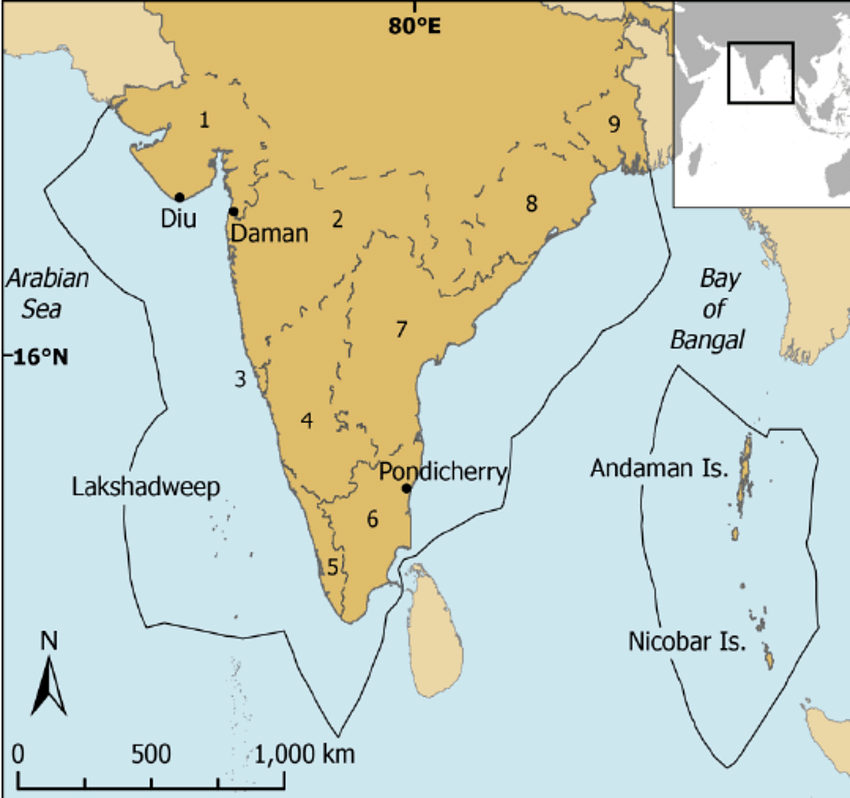 Q2. Discuss the location of India.

India is a vast country. Lying entirely in the Northern hemisphere the mainland extends between latitudes 8°4′ N and 37°6′ N and longitudes 68°7′ E and 97°25′ E. The Tropic of Cancer (23°30′ N) divides the country into almost two equal parts.

Q3. What is the extent of the coastline of the mainland of India?

The total length of the coastline of the mainland including Andaman and Nicobar and Lakshadweep is 7,516.6 km.

Q4. What is the area of India?

The landmass of India has an area of 3.28 million square km. India’s total area accounts for about 2.4 percent of the total geographical area of the world. India is the seventh-largest country in the world. India has a land boundary of about 15,200 km. 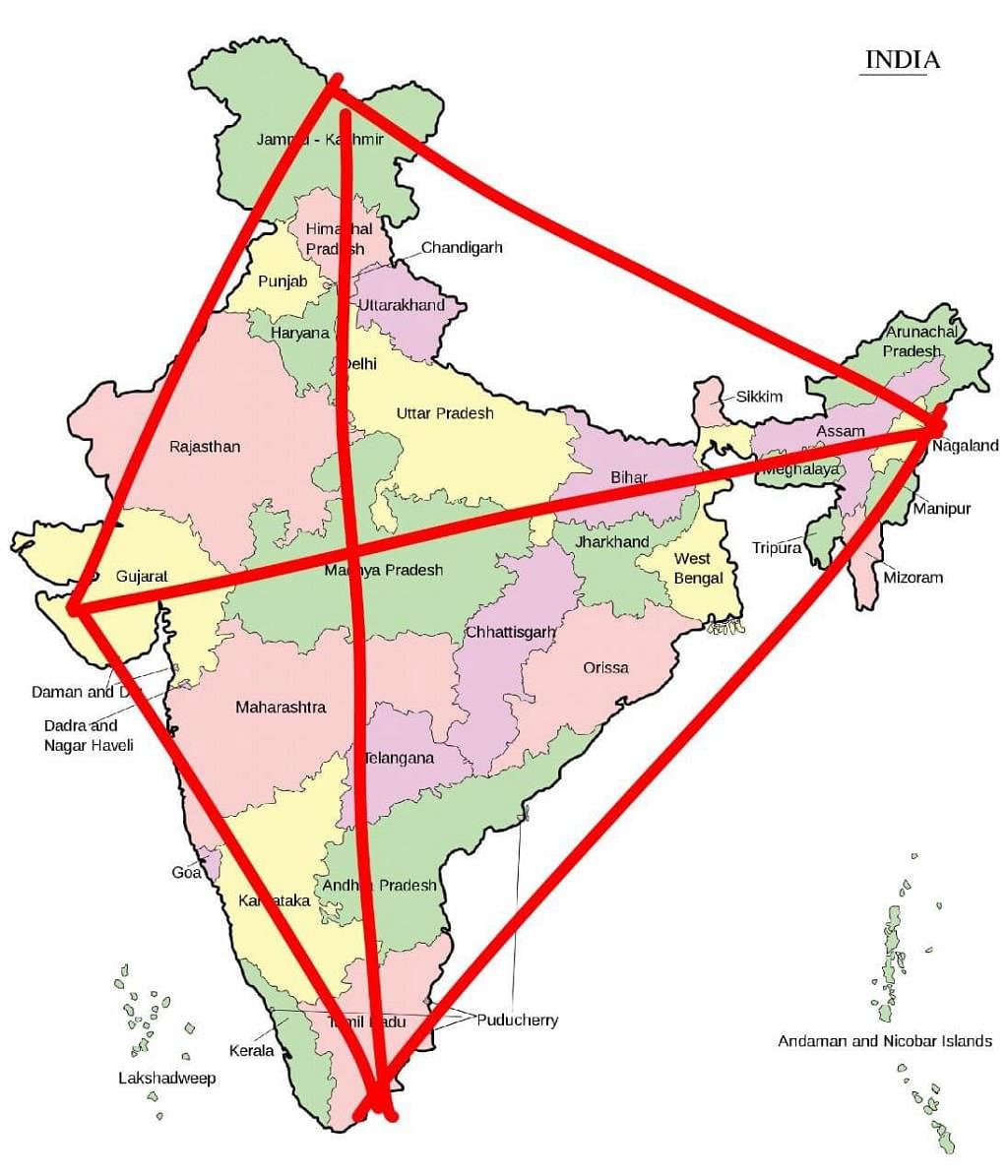 Q5. Which mountain bounds India in the northwest?

India is bounded by the young fold mountains in the northwest, north, and northeast. South of about 22° N latitude, it begins to taper and extends towards the Indian Ocean, dividing it into two seas, the Arabian Sea on the west and the Bay of Bengal on its east.

Q6. What is the latitudinal and longitudinal extent of the mainland?

Q7. Why is time along the Standard Meridian of India passing through Mirzapur taken as the standard time?

From Gujarat to Arunachal Pradesh there is a time lag of two hours. Hence, time along the Standard Meridian of India (82°30′E) passing through Mirzapur (in Uttar Pradesh) is taken as the standard time for the whole country.

Q8. How is India connected to the world through the sea routes? 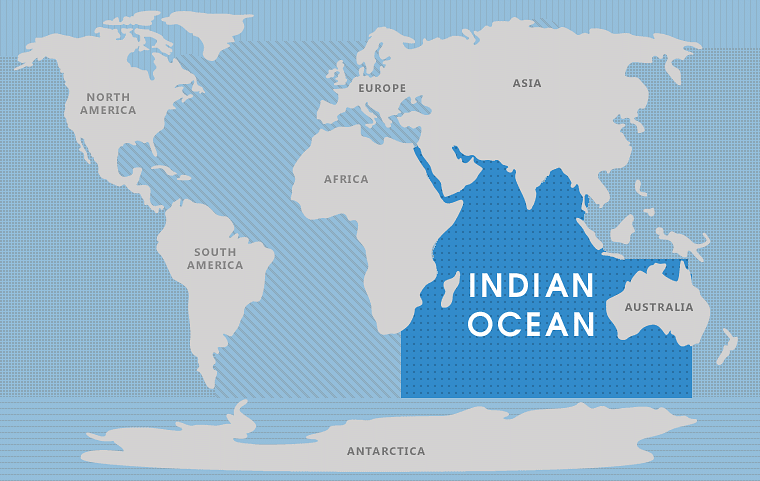 Note:The Deccan Peninsula protrudes into the Indian Ocean, thus helping India to establish close contact with West Asia, Africa and Europe from the western coast and with Southeast and East Asia from the eastern coast.

Q9. How has the opening of the Suez Canal helped in reducing India’s distance from Europe?

Since the opening of the Suez Canal in 1869, India’s distance from Europe has been reduced by 7,000 km.

Q10. How have land routes contributed to the exchange of ideas and commodities since ancient times?

The land routes have contributed to the exchange of ideas and commodities since ancient times:

Q11. What is the number of states in India?

India has 28 states and 8 Union Territories.

Q12. Which countries share a land border with India?

India shares its land boundaries with Pakistan and Afghanistan in the northwest, China (Tibet), Nepal and Bhutan in the north, and Myanmar and Bangladesh in the east.

Q13. Which two island countries are southern neighbours of India?

India’s southern neighbours across the sea consist of the two island countries, namely Sri Lanka and the Maldives.

Q14. How is Sri Lanka separated from India?

Sri Lanka is separated from India by a narrow channel of sea formed by the Palk Strait and the Gulf of Mannar.

Q15. Distinguish between Latitudes and Longitudes.