The document Short Questions With Answers - Theory Of Consumer Behaviour Commerce Notes | EduRev is a part of the Commerce Course Economics Class 11.
All you need of Commerce at this link: Commerce

This table and diagram highlight that as the consumption of units of apples increases, the utility derived from an additional unit decreases.Total Utility is increasing at a diminishing rate. Total Utility is maximised when the consumer is consuming six units of apples because here the Marginal Utility is zero. This point is the point of maximum satisfaction. The Law of Diminishing Marginal Utility is based on the following assumptions:    (i) Interests and tastes of the consumer are unchanged.(ii) Countable measurement of utility is possible.(iii) Size, quality and shape of the every consumed unit remain the same.(iv) Consumption of the commodity is continuous.  (v) Appropriate scale is used for consumption. 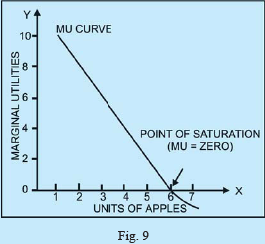 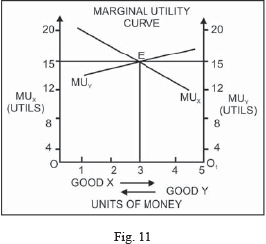 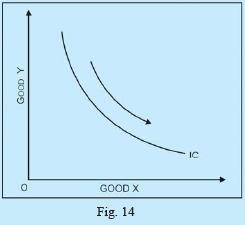