Q.2. What is hydrosphere?
Ans. The domain of water is referred to as hydrosphere. It comprises various sources of water and different types of water bodies like rivers, lakes, seas, oceans, etc. It is essential for all living organisms. 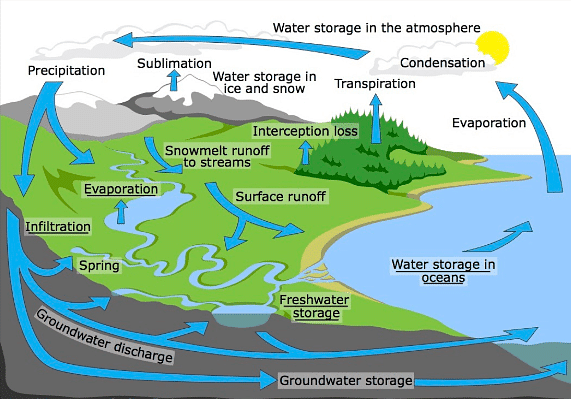 Q.3. Define environment?Ans. Whatever we see surrounding us is our environment. Environment is our basic life support system. It provides the air we breathe, water we drink, the food we eat and the land where we live.

Q.4. What is Lithosphere?
Ans. Lithosphere is the solid crust or the hard-top layer of the earth. It is made up of rocks and minerals and covered by a thin layer of soil. It is an irregular surface with various landforms such as mountains, plateaus, plains, valleys, etc. Landforms are found over the continents and also on the ocean floors. 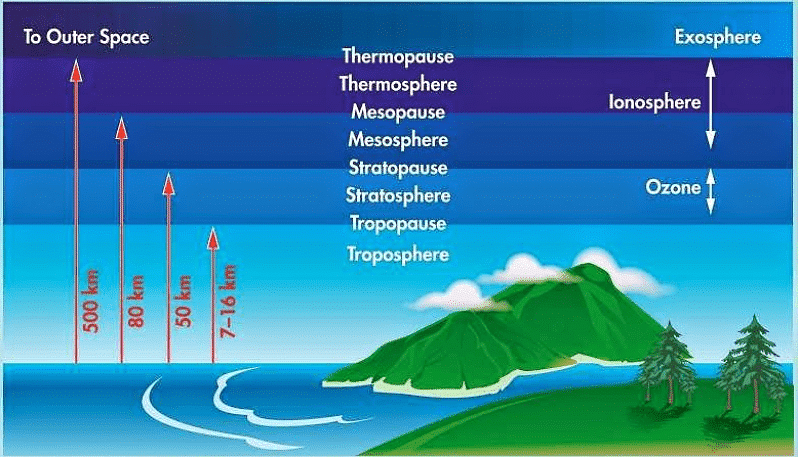 Q.6. What is Biosphere?Ans. Plant and animal kingdom together make biosphere or the living world. It is a narrow zone of the earth where land, water and air interact with each other to support life.

Q.1. Explain “Impact of human activities on Natural environment as well as on human life”
Ans.

Q.2. How did human interaction with the environment change over time?Ans. Human beings interact with the environment and modify it according to their need. Early humans adapted themselves to the natural surroundings. They led a simple life and fulfilled their requirements from the nature around them. With time needs grew and became more varied. Humans learn new ways to use and change environment. They learn to grow crops, domesticate animals and lead a settled life. The wheel was invented, surplus food was produced, barter system emerged, trade started and commerce developed. Industrial revolution enabled large scale production. Transportation became faster. Information revolution made communication easier and speedy across the world.