The document Shortest Job First (or SJF) CPU Scheduling Notes | EduRev is a part of the GATE Course Operating System.
All you need of GATE at this link: GATE

Shortest job first (SJF) or shortest job next, is a scheduling policy that selects the waiting process with the smallest execution time to execute next. SJN is a non-preemptive algorithm. 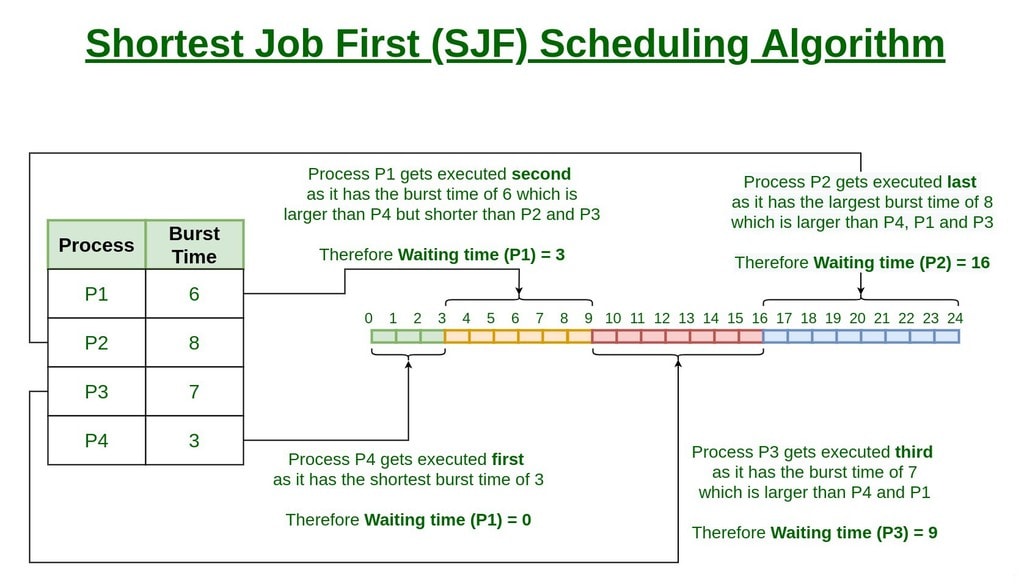 How to compute below times in SJF using a program?

There are two methods by which we can predict the burst time of the process:

Smoothening factor (α): It controls the relative weight of recent and past history in our prediction.