The document Slave Dynasty Notes | EduRev is a part of the UPSC Course History for UPSC CSE.
All you need of UPSC at this link: UPSC 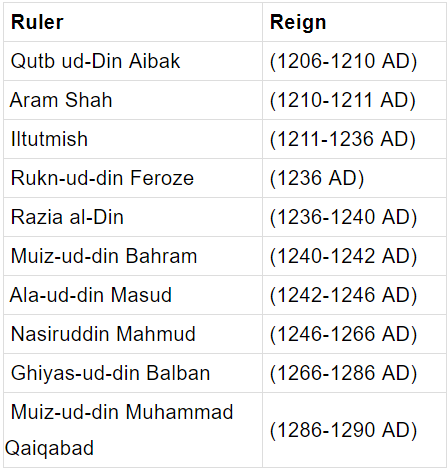 Mamluk Dynasty came to an end when the last ruler  Muiz-ud-din Muhammad Qaiqabad was thrown out of the rule by Khilji ruler Jalal ud din Firuz Khalji.