The document Software Testing Basics Interview Questions (Part - 1) Quant Notes | EduRev is a part of the Quant Course Placement Papers - Technical & HR Questions.
All you need of Quant at this link: Quant

1. Can you explain the PDCA cycle and where testing fits in? 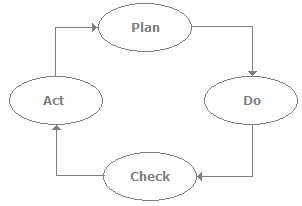 Let's review the four steps in detail.
So developers and other stakeholders of the project do the "planning and building," while testers do the check part of the cycle. Therefore, software testing is done in check part of the PDCA cyle.

2. What is the difference between white box, black box, and gray box testing?

Black box testing is a testing strategy based solely on requirements and specifications. Black box testing requires no knowledge of internal paths, structures, or implementation of the software being tested.

There is one more type of testing called gray box testing. In this we look into the "box" being tested just long enough to understand how it has been implemented. Then we close up the box and use our knowledge to choose more effective black box tests. 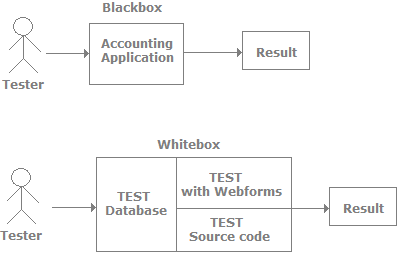 3. Can you explain usability testing?

Usability testing is a testing methodology where the end customer is asked to use the software to see if the product is easy to use, to see the customer's perception and task time. The best way to finalize the customer point of view for usability is by using prototype or mock-up software during the initial stages. By giving the customer the prototype before the development start-up we confirm that we are not missing anything from the user point of view.

4. What are the categories of defects?

There are three main categories of defects: 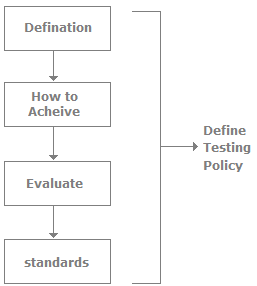 6. On what basis is the acceptance plan prepared?

In any project the acceptance document is normally prepared using the following inputs. This can vary from company to company and from project to project. 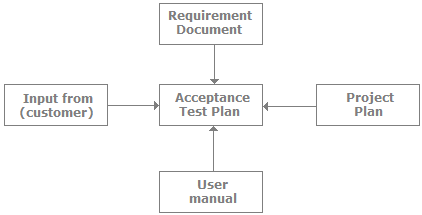 7. What is configuration management?

Configuration management is the detailed recording and updating of information for hardware and software components. When we say components we not only mean source code. It can be tracking of changes for software documents such as requirement, design, test cases, etc.

When changes are done in adhoc and in an uncontrolled manner chaotic situations can arise and more defects injected. So whenever changes are done it should be done in a controlled fashion and with proper versioning. At any moment of time we should be able to revert back to the old version. The main intention of configuration management is to track our changes if we have issues with the current system. Configuration management is done using baselines.

8. How does a coverage tool work?

9. Which is the best testing model?

In real projects, tailored models are proven to be the best, because they share features from The Waterfall, Iterative, Evolutionary models, etc., and can fit into real life time projects. Tailored models are most productive and beneficial for many organizations. If it's a pure testing project, then the V model is the best.

10. What is the difference between a defect and a failure?

When a defect reaches the end customer it is called a failure and if the defect is detected internally and resolved it's called a defect. 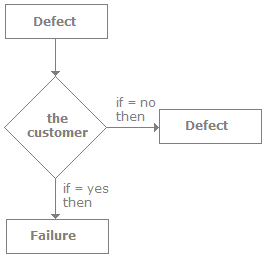 11. Should testing be done only after the build and execution phases are complete?

In traditional testing methodology testing is always done after the build and execution phases.

But that's a wrong way of thinking because the earlier we catch a defect, the more cost effective it is. For instance, fixing a defect in maintenance is ten times more costly than fixing it during execution.

In the requirement phase we can verify if the requirements are met according to the customer needs. During design we can check whether the design document covers all the requirements. In this stage we can also generate rough functional data. We can also review the design document from the architecture and the correctness perspectives. In the build and execution phase we can execute unit test cases and generate structural and functional data. And finally comes the testing phase done in the traditional way. i.e., run the system test cases and see if the system works according to the requirements. During installation we need to see if the system is compatible with the software. Finally, during the maintenance phase when any fixes are made we can retest the fixes and follow the regression testing.

Therefore, Testing should occur in conjunction with each phase of the software development.

12. Are there more defects in the design phase or in the coding phase? 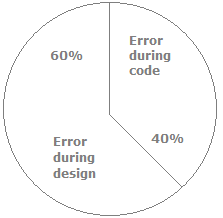 13. What group of teams can do software testing?

When it comes to testing everyone in the world can be involved right from the developer to the project manager to the customer. But below are different types of team groups which can be present in a project.

14. What impact ratings have you used in your projects?

Normally, the impact ratings for defects are classified into three types:

15. Does an increase in testing always improve the project?

No an increase in testing does not always mean improvement of the product, company, or project. In real test scenarios only 20% of test plans are critical from a business angle. Running those critical test plans will assure that the testing is properly done. The following graph explains the impact of under testing and over testing. If you under test a system the number of defects will increase, but if you over test a system your cost of testing will increase. Even if your defects come down your cost of testing has gone up.

16. What's the relationship between environment reality and test phases? 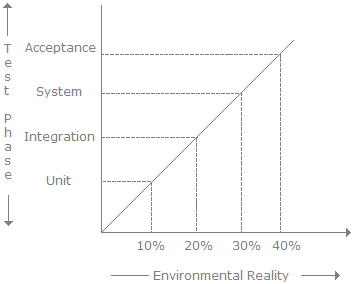 17. Does an increase in testing always improve the project?

No an increase in testing does not always mean improvement of the product, company, or project. In real test scenarios only 20% of test plans are critical from a business angle. Running those critical test plans will assure that the testing is properly done. The following graph explains the impact of under testing and over testing. If you under test a system the number of defects will increase, but if you over test a system your cost of testing will increase. Even if your defects come down your cost of testing has gone up.

18. What's the relationship between environment reality and test phases? 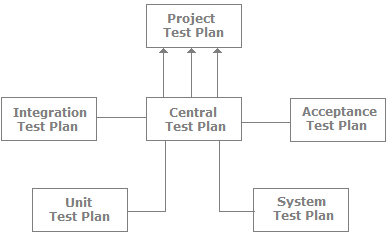