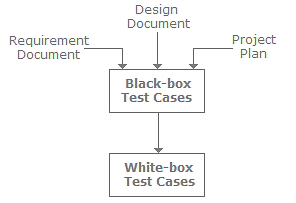 Unit testing - Testing performed on a single, stand-alone module or unit of code.

Integration Tests - Testing performed on groups of modules to ensure that data and control are passed properly between modules.

Acceptance testing - Testing to ensure that the system meets the needs of the organization and the end user or customer (i.e., validates that the right system was built).

The IEEE Std. 829-1998 defines a test log as a chronological record of relevant details about the execution of test cases. It's a detailed view of activity and events given in chronological manner.

22. Can you explain requirement traceability and its importance?

In most organizations testing only starts after the execution/coding phase of the project. But if the organization wants to really benefit from testing, then testers should get involved right from the requirement phase.

If the tester gets involved right from the requirement phase then requirement traceability is one of the important reports that can detail what kind of test coverage the test cases have.

23. What does entry and exit criteria mean in a project?

Entry and exit criteria are a must for the success of any project. If you do not know where to start and where to finish then your goals are not clear. By defining exit and entry criteria you define your boundaries.

For instance, you can define entry criteria that the customer should provide the requirement document or acceptance plan. If this entry criteria is not met then you will not start the project. On the other end, you can also define exit criteria for your project. For instance, one of the common exit criteria in projects is that the customer has successfully executed the acceptance test plan.

24. What is the difference between verification and validation?


25. What is the difference between latent and masked defects?

A latent defect is an existing defect that has not yet caused a failure because the sets of conditions were never met.

A masked defect is an existing defect that hasn't yet caused a failure just because another defect has prevented that part of the code from being executed.

26. Can you explain calibration?

It includes tracing the accuracy of the devices used in the production, development and testing. Devices used must be maintained and calibrated to ensure that it is working in good order.

27. What's the difference between alpha and beta testing?

In short, the difference between beta testing and alpha testing is the location where the tests are done.

28. How does testing affect risk?

A risk is a condition that can result in a loss. Risk can only be controlled in different scenarios but not eliminated completely. A defect normally converts to a risk. 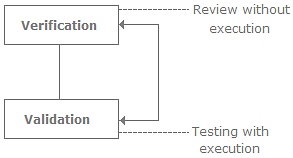 29. What is coverage and what are the different types of coverage techniques?

Coverage is a measurement used in software testing to describe the degree to which the source code is tested. There are three basic types of coverage techniques as shown in the following figure:

30. A defect which could have been removed during the initial stage is removed in a later stage. How does this affect cost? 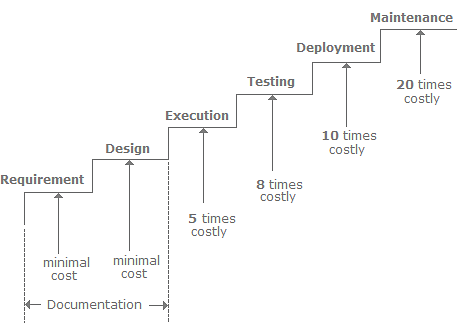 For instance, if a defect is identified during requirement and design we only need to change the documentation, but if identified during the maintenance phase we not only need to fix the defect, but also change our test plans, do regression testing, and change all documentation. This is why a defect should be identified/removed in earlier phases and the testing department should be involved right from the requirement phase and not after the execution phase.

31. What kind of input do we need from the end user to begin proper testing?

The product has to be used by the user. He is the most important person as he has more interest than anyone else in the project. 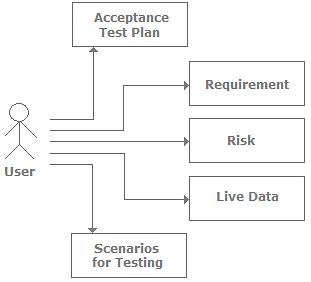 From the user we need the following data:

32. Can you explain the workbench concept?

In order to understand testing methodology we need to understand the workbench concept. A Workbench is a way of documenting how a specific activity has to be performed. A workbench is referred to as phases, steps, and tasks as shown in the following figure.

There are five tasks for every workbench:

33. Can you explain the concept of defect cascading? 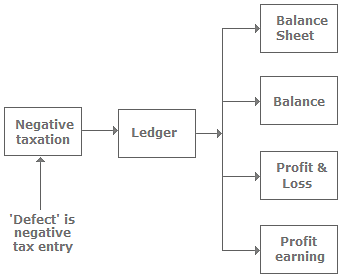 34. Can you explain cohabiting software? 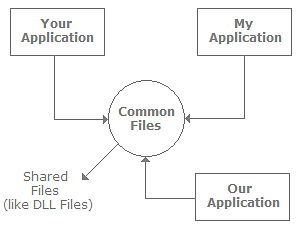 35. What is the difference between pilot and beta testing?

The difference between pilot and beta testing is that pilot testing is nothing but actually using the product (limited to some users) and in beta testing we do not input real data, but it's installed at the end customer to validate if the product can be used in production.

36. What are the different strategies for rollout to end users?

There are four major ways of rolling out any project: 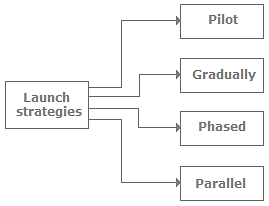 ​
37. What's the difference between System testing and Acceptance testing?

Acceptance testing checks the system against the "Requirements." It is similar to System testing in that the whole system is checked but the important difference is the change in focus:

38. Can you explain regression testing and confirmation testing?

The following figure shows the difference between regression and confirmation testing. 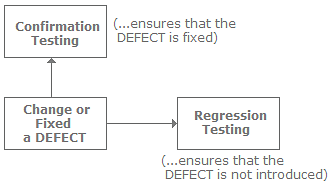