The quantitative determination of the stability of slopes is necessary in a number of engineering activities, such as:

Quite a number of techniques are available for these analyses 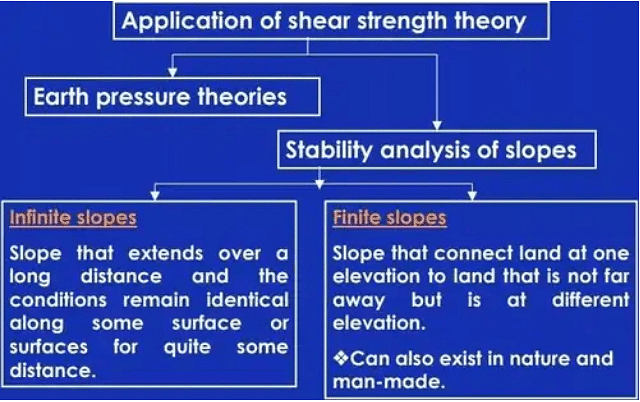 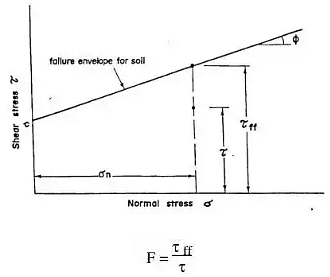 where τff is the maximum shear stress that the soil can sustain at the value of normal stress of σn, τ is the actual shear stress applied to the soil.Above equation may be expressed in a slightly different form as follows: