The process of formation of the Delhi Sultanate started with the rise of Qutbuddin Aibak to power in 1206. 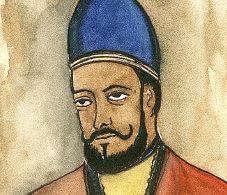 However, it was only during Iltutmish’s reign that the Sultanate of Delhi in real terms became free from the control of the rulers of Ghazni. The influence of Islamic thinking and tradition definitely had a bearing on the rulers of the Delhi Sultanate, but it was the need of balancing different dominant groups within the ruling elite and the local challenges which primarily governed the decision making process. Satish Chandra writes, ‘…the state was not a theocracy. .... because shara, as defined by the clergy, was hardly the core concern of the sultans. It was formally Islamic in character but was based not on social equality, but on hierarchy. In practice, there was little distinction between the lives of the ordinary people, Hindu or Muslim’. (Satish Chandra, Medieval India: From Sultanat to the Mughals, Delhi,1999). In the absence of any written law or constitution, the state in the Delhi Sultanate functioned according to the wisdom and political pragmatism of the rulers. It is important to understand that the concerns of the state at the beginning of the 13th century when it was at its formative stage were different from the concerns of the state in the 14th century when it got consolidated. So it is suggested that the state under the sultanate needs to be understood as a process rather than a monolithic structure imposed from above. In this Unit, we will explain the nature of the state mainly on the basis of two contemporary authoritative texts on statecraft- Adabul Harb Wash Shujaa’t and Fatawa-i-Jahandari. We have also analysed the views of modern historians on the nature of the state. All these should help you to understand the characteristics of the state under the Delhi Sultanate.

To study the state under the Delhi Sultanate we need to bear in mind the means of acquiring and maintaining power at that time. While it is true that power could be wrested by a group of people, usually with superior military skills, it is not as if this was enough for the rulers to rule. Rulers felt the need to legitimise their authority through various other means. Legitimisation included not just patronage of important groups of people like the nobles or religious classes [in the Delhi Sultanate, the ulema, i.e, theologians], architectural constructions, etc. but also by instituting various other systems of administration and control which would allow the ruling classes to demand and extract levies [in the forms of various taxes, for instance] which in turn would allow them to maintain their position of dominance. These administrative structures [which you will read about in Block 6] allowed the rulers to make their presence felt in areas that were far away from the central/political capital of the kingdom. To put it simply, these acts of legitimation give the state a dominant position in society.

Thus, the state constituted, in real terms, the central political authority as represented by the king/sultan, his court and courtiers and all his officials who were posted in various parts of the kingdom as a visible appearance of the central ruling power; his 1st State in Medieval Times architectural constructions; his currency system, and the entire administrative apparatus which created a basic framework of control through which order and discipline were maintained upon the subjects of the kingdom. It was not a unitary object which may be identified with a single person or institution; rather, it was a category of interlinked and variegated political institutions through which political rule was sought to be stabilised.

In the Delhi Sultanate, the nobility who were an important part of the state, comprised largely of slaves who had very a complex relationship of loyalty with individual rulers. Once their master-ruler died, they had no attachment with the new ruler and often revolted against him. Struggle between the sultans and the nobles for power was a common phenomenon of the Sultanate. In the beginning, the Turkish nobles monopolized all-powerful positions, but with the coming of the Khaljis, the character of the nobility changed.

In the subsequent period different sections of the Muslims, including Indian Muslims, got a berth in the nobility. The ruling class in spite of its narrow social base was sensitive to the composite character of the local society. The growth of Sufism and Bhakti movements during the rule of the Delhi Sultanate indicates the spirit of toleration prevailing within the state.

There are certain very clear components of every state; for instance, every state must have a territory to govern over people to rule over, an army to wage wars and to protect their own territories, a basic structure of laws and administration and officers to carry out their respective duties, etc. Also, we must not confuse the ‘state’ with

‘government’; the state is the organisation of various segments into an organic whole aimed at controlling its territory, whereas government is the actions that the state takes to achieve this end. In other words, it is through governance that the state is able to maintain its dominant and hegemonic position over its people.

While studying state in ancient India in Block-1 you must have noticed that our main source for the Maryan state was the Arthashastra, a treatise on statecraft in ancient India, written by Kautilya or Chanakya, the famous minister of the Mauryan king Chandragupta. 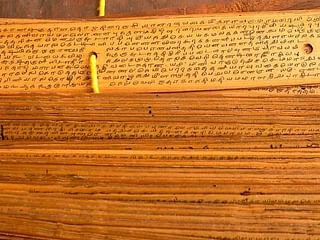 In the case of the Delhi sultanate, there are few sources which deal directly with the state in the early times. This was so because the Sultanate at this time was at a nascent political stage and was grappling to become stable and strong, a process which could take many years, if not decades. Also, texts and chronicles were usually written as products of patronage for the court; in other words, a scholar would need to seek approval from the Sultan to write about the kingdom, and would in return be given remuneration in various ways. Before we proceed further, it needs to be mentioned that these textual sources are only the views of individuals and may or may not represent the prevailing realities of the times. However, since this is all that we have as evidence, it is useful to know what they say with regard to the state. Two names stand out in the Delhi Sultanate in this matter.

Fakhr-i Mudabbir’s Adab ul Harb wash Shujat [‘Customs of Kings and Maintenance of the Subjects’] is the first of these texts. It is generally believed that it was written in honour of Sultan Shams al-Din Iltutmish [r. 1210-1236]. This text is organised in 40 chapters of which the first 12 deal with the virtues, qualities, and duties of the sultan, and of details of the qualities that he should look for in his officials. The other 28 chapters concern various aspects of war and how it should be waged.

Mudabbir’s text needs to be situated in the context of the Delhi Sultanate which was, at this time, in its infancy. He is therefore eager that power remains in the hands of the ruling classes and the text reflects this concern. Also, there was the threat of the Mongols from Central Asia at this time, and all this together created a sense of insecurity among the court intelligentsia. Information provided by him for our study of the state is aplenty, and the two following points are illustrative of the immediate concerns which determine the contents of his text.

Both these examples show that the ‘state’ and its ideologues were concerned about how to rule over a vast non-Muslim population in the subcontinent, and were trying to articulate various ways of doing so. While the first example is one which suggests peaceful negotiation, the second one is more militaristic and aggressive.

A few chapters of the book are also devoted to the theme as to how the state should govern its domains. As mentioned earlier, while the initial chapters advise the ruler on the virtues and qualities of rulers and administrative governance, the majority of the text is engaged with the idea of warfare. Considering that the text was presented to a sultan its dominant concern with warfare surely hints at the need for such advice at the time.

In explaining the duties and responsibilities of the king and his officers, Mudabbir classifies the state as either ‘oppressive’ [dominated by exploitation and force] or ‘just’ [which leads to general welfare and prosperity]. Justice has been one of the most important duties of the Islamic ruler from the earliest times, and finds mention in almost all texts relating to government. Towards this end there are strong moral exhortations for the officers in performing their duties. Therefore, it is obvious that the writer was keen that the state be seen in a positive light by the subjects, and state officers must behave responsibly and fairly to ensure the stability and longevity of the state.

What is important to remember is that at this point there seems to be no definite, given structure called the ‘state’; what we have [as gleaned from this and other evidence] is a process at work to attain administrative and political coherence through proper, effective functioning. Towards that end, Mudabbir’s concerns are with ways in which this may be achieved and power be retained in the hands of the ruling classes.

Also, we should remind ourselves that it was perhaps for the first time in the political history of Islamic States that an Islamic ruling class found itself in a situation wherein the largest part of the subjects belonged to other religious traditions. This reality of the Indian subcontinent was a peculiar situation for which particular solutions and advice was needed. Actions based on traditional religious advice would hardly help the political state to function sensibly; what was required was an intelligently argued understanding both of political aims and of the ground realities. This is something which would manifest itself in the writings of our next author, Ziya Barani.

Barani was a counsellor in the court of Sultan Muhammad bin Tughlaq [r. 1324- 1352]. He has written a number of texts, but what concerns us here is his Fatawa- i-Jahandari [‘Precepts on Governance’] which he wrote sometime between 1352-57 A.D. This text is arranged in the form of 24 ‘advices’ thus underlining the didactic nature of the text. It speaks of the proper ways of governance, and the text has been considered by many modern scholars as to the first systematic enumeration of the art of governance in the Delhi Sultanate, and the only known text to do so.