Practice is the key!

Solving RC practice exercises regularly helps to develops confidence and gives an exposure to the nuances of RC. It’s more about comprehension than reading!

How to Read A Passage in Exam? 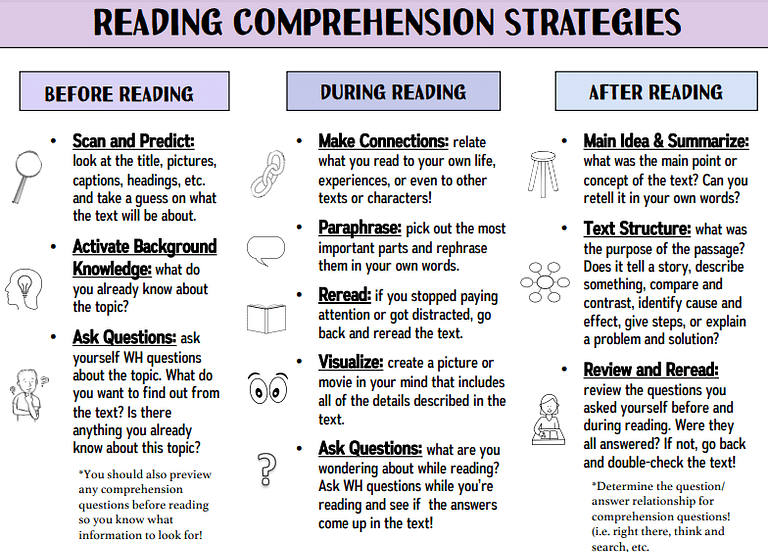 As financial markets worldwide tumbled over concerns that Greece would default on its debt to the troika comprising the European Commission, the European Central Bank and the International Monetary Fund, the people of Greece were being presented with a Hobson’s choice by its government led by the leftist party, Syriza. In the midst of intense negotiations with representatives of the troika over rolling over debt payments, the Syriza government sought to extend the deadline for payments.

➤  Advantages of the Above Approach

As you have mental map (rough idea) of a passage, you can easily give answers for following type of questions:

“A pioneering figure in modern sociology, French social theorist Emile Durkheim examined the effect of societal cohesion on emotional well-being. Believing that scientific methods should be applied to the study of society, Durkheim studied the levels of integration in various social formations and the impact that such cohesion had on individuals within the group. He postulated that social groups with high levels of integration serve to buffer their members from frustrations and tragedies that could otherwise lead to desperation and self-destruction. Integration, in Durkheim’s view, generally arises through shared activities and values. Durkheim distinguished between mechanical solidarity and organic solidarity in classifying integrated groups. Mechanical solidarity dominates in groups in which individual differences are minimized and group devotion to a common goal is high. Durkheim identified mechanical solidarity among groups with little division of labour and high degrees of cultural similarities, such as among more traditional and geographically isolated groups. Organic solidarity, in contrast, prevails in groups with high levels of individual differences, such as those with a highly specialized division of labour. In such groups, individual differences are a powerful source of connection rather than of division. Because people engage in highly differentiated ways of life “they are by necessity interdependent. In these societies, there is greater freedom from some external controls, but such freedom occurs in concert with the interdependence of individuals, not in conflict with it. Durkheim realized that societies may take many forms and, consequently, that group allegiance can manifest itself in a variety of ways. In both types of societies outlined previously, however, Durkheim stressed that adherence to a common set of assumptions about the world was a necessary prerequisite for maintaining group integrity and avoiding social decay.

Ques: Which of the following is NOT a feature of an organic societal formation, according to Emile Durkheim?

(a) Members are buffered from individual frustration that would lead the individual to cease being a productive member of society.

(b) Citizens operate independently in their daily lives, but toward a common overall goal.

(c) Each person must come to accept a series of assumptions that form a collective worldview shared by the formation.

(d) Workers have an even division of labor and share the work of common tasks.

(e) Individual differences are celebrated and have a strengthening effect on the society.

STEP 3: Research the relevant text in the passage

When I was little, children were bought two kinds of ice cream, sold from those white wagons with canopies made of silvery metal: either the two-cent cone or the four-cent ice-cream pie. The two-cent cone was very small, in fact it could fit comfortably into a child’s hand, and it was made by taking the ice cream from its container with a special scoop and piling it on the cone. Granny always suggested I eat only a part of the cone, then throw away the pointed end, because it had been touched by the vendor’s hand (though that was the best part, nice and crunchy, and it was regularly eaten in secret, after a pretence of discarding it).

The four-cent pie was made by a special little machine, also silvery, which pressed two disks of sweet biscuit against a cylindrical section of ice cream. First, you had to thrust your tongue into the gap between the biscuits until it touched the central nucleus of ice cream; then, gradually, you ate the whole thing, the biscuit surfaces softening as they became soaked in creamy nectar. Granny had no advice to give here: in theory, the pies had been touched only by the machine; in practice, the vendor had held them in his hand while giving them to us, but it was impossible to isolate the contaminated area.

I was fascinated, however, by some of my peers, whose parents bought them not a four-cent pie but two two-cent cones. These privileged children advanced proudly with one cone in their right hand and one in their left, and expertly moving their head from side to side, they licked first one, then the other. This liturgy seemed to me so sumptuously enviable, that many times I asked to be allowed to celebrate it. In vain. My elders were inflexible: a four-cent ice, yes; but two two-cent ones, absolutely no.

As anyone can see, neither mathematics nor economy nor dietetics justified this refusal. Nor did hygiene, assuming that in due course the tips of both cones were discarded. The pathetic, and obviously mendacious, justification was that a boy concerned with turning his eyes from one cone to the other was more inclined to stumble over stones, steps, or cracks in the pavement. I dimly sensed that there was another secret justification, cruelly pedagogical, but I was unable to grasp it.

Today, citizen and victim of a consumer society, a civilization of excess and waste (which the society of the thirties was not), I realize that those dear and now departed elders were right. Two two-cent cones instead of one at four cents did not signify squandering, economically speaking, but symbolically they surely did. It was for this precise reason, that I yearned for them: because two ice creams suggested excess. And this was precisely why they were denied to me: because they looked indecent, an insult to poverty, a display of fictitious privilege, a boast of wealth. Only spoiled children ate two cones at once, those children who in fairy tales were rightly punished, as Pinocchio was when he rejected the skin and the stalk. And parents who encouraged this weakness, appropriate to little parvenus, were bringing up their children in the foolish theatre of “I’d like to but I can’t.” They were preparing them to turn up at tourist-class check-in with a fake Gucci bag bought from a street peddler on the beach at Rimini.

Nowadays the moralist risks seeming at odds with morality, in a world where the consumer civilization now wants even adults to be spoiled and promises them always something more, from the wristwatch in the box of detergent to the bonus bangle sheathed, with the magazine it accompanies, in a plastic envelope. Like the parents of those ambidextrous gluttons I so envied, the consumer civilization pretends to give more, but actually gives, for four cents, what is worth four cents. You will throwaway the old transistor radio to purchase the new one, that boasts an alarm clock as well, but some inexplicable defect in the mechanism will guarantee that the radio lasts only a year. The new cheap car will have leather seats, double side mirrors adjustable from inside, and a panelled dashboard, but it will not last nearly so long as the glorious old Fiat 500, which, even when it broke down, could be started again with a kick. The morality of the old days made Spartans of us all, while today’s morality wants all of us to be Sybarites.

Question for Strategy to Solve RC Questions
Try yourself:Which of the following cannot be inferred from the passage?
Explanation

The word 'parvenus' refers to 'a person of humble origin who has gained wealth'. In other words, the phrase 'little parvenus' means 'young upstarts'. Option d) is the correct answer.

Consider the following sentence from the passage: "This liturgy seemed to me so...to celebrate it". From this sentence, we can understand that the main reason why the author wanted two two-cent cones instead of one four-cent cone was because it suggested intemperance. Option b) is the correct answer.