The document Study Notes - Electricity and Circuits, Science, Class 6 | EduRev Notes is a part of the Class 6 Course Science Class 6.
All you need of Class 6 at this link: Class 6

A device that is used to generate an electric current through a series of chemical reactions is called the Electric cell. 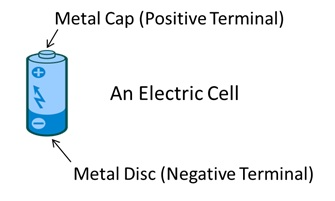 We get light from a thin tiny wire inside the glass cover. This is called a filament. It is supported by two thicker wires, as shown in Fig. One of these thick wires is connected to the metal casing around the base of the bulb. The other is connected to the metal tip of the base. The base of the bulb and the metal tip of the base are the two terminals of the bulb. These two terminals are fixed in such a way that they do not touch each other.The inside portion of the bulb is filled up with inert gases, like argon. 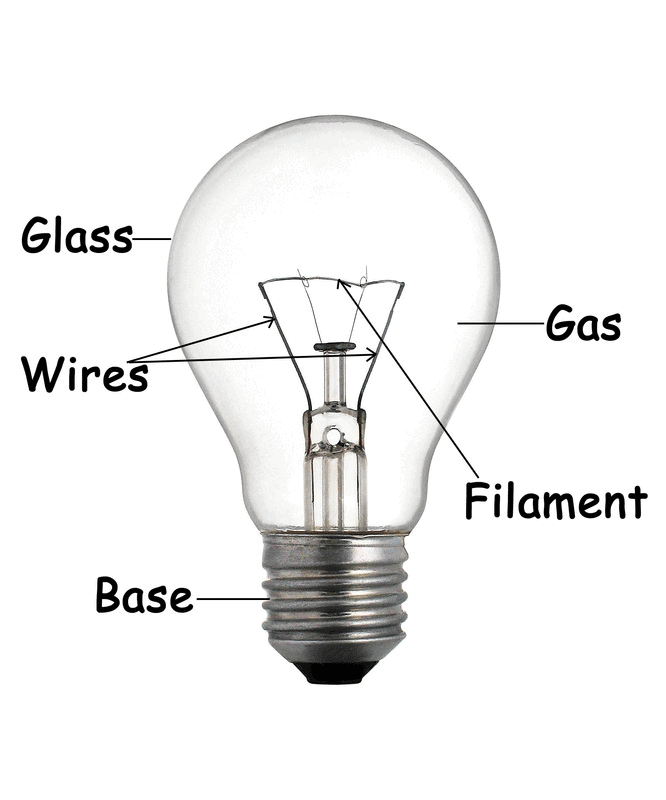 Try yourself:Filament of a bulb is made up of
Explanation

Filament of a bulb is made up of Tungsten as it has high melting point and high resistance.

A Bulb Connected to an Electric Cell

An electric cell has a cap, just under which there is a plus sign. This is the positive terminal of the cell. At the other end of the cell, there is a flat metal disc with a minus sign just above the disc. This metallic disc is the negative terminal of the cell. These terminals of the cell can be used to connect it to various devices. Inside a cell, there is dark powdery stuff, which is the chemical. This chemical helps the cell to provide electricity to the device it is connected to.When a cell is connected to a device, the strength of the chemical decreases. Finally, when the entire energy of the chemical is spent, the device connected to the cell stops functioning. A rechargeable cell or a storage battery can be recharged 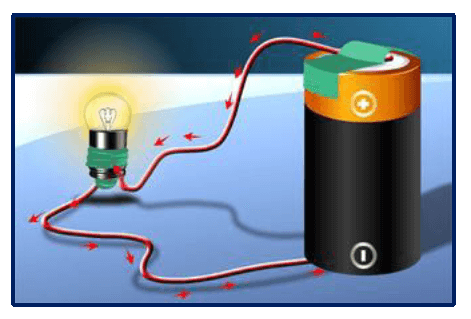 A torch bulb is made up of spherical glass which is attached to a metallic base. The bulb inside a torch has a filament. This filament is supported by two thick wires at its ends. When the positive and the negative terminals of an electric cell are connected to the two terminals of a bulb, electricity passes through the filament and it starts glowing. The terminals of the bulb are fixed in such a way that they do not touch each other.

The bulbs that we use in our homes all look the same. In recent years, a different type of bulb has become popular - the compact fluorescent lamp, generally referred to as a CFL. It is an energy-saving bulb, which has a longer life than an ordinary bulb. For example, a bulb glows only when the positive terminal and the negative terminal of an electric cell are connected to the two terminals of the bulb.If the wires from the bulb are connected to the same terminal (either positive or negative), then the bulb doesn't glow.Sometimes, the bulb may not glow even though the connections are properly made.This is because the flow of electricity is incomplete as the filament in the bulb is broken. A broken filament bulb is said to be fused.

Some common types are:

Try yourself:Bulb glows only in
Explanation

Bulb glows only when the circuit is complete. Only a closed circuit is a complete circuit. So, the answer is option A.