IntroductionBuoyancy is also known as the buoyant force. It is the force exerted on an object that is wholly or partly immersed in a fluid.

Illustration of the stability conditions of the completely submerged bodies.

Imin. = Moment of inertia of that surface of the body which is intersected by the free surface of the liquid.Vdisp. Displacement volumeIn the above expression,BM = Metacentric height,BG = Calculated from geometry. 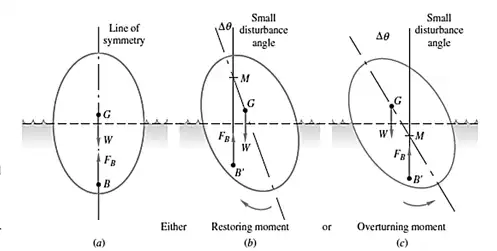 Illustration of stability conditions of the Floating bodies 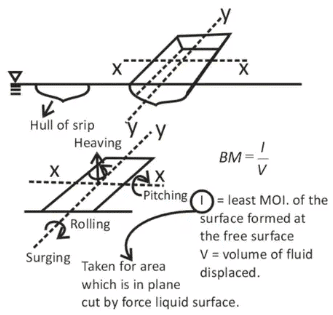 Illustration of the rolling and pitching of a hull 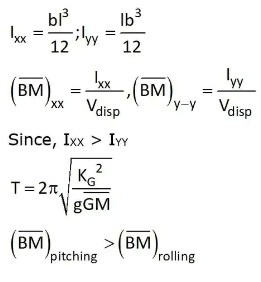 Increasing the metacentric height gives greater stability but reduces the time period of the roll so the ship will be less comfortable for the passengers.