A PHOTOGRAPH by Shirley Toulson

The cardboard; here it refers to the photo frame; showed the speaker how life was when the two cousin sisters went paddling, (here it means walked barefoot in shallow water) with each one of them holding the speaker’s mother’s hands. The bigger girl of the cousin sisters must be about twelve years old. All three of them stood still shoulder to shoulder to smile through their long hair at the camera whose picture was taken by the uncle holding it. The mother had a sweet and pleasant smile before her child was born into this world. The sea in which they were paddling; which seemed to not have been changed; washed their terribly transient wet feet. 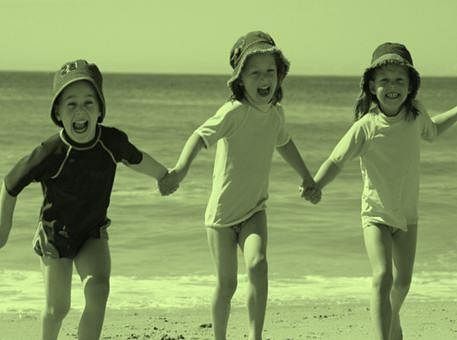 After twenty to thirty years later, the mother took out the photograph and laughed at the snapshot. The two cousin sisters were Betty and Dolly. She found it so hilarious at the manner that they dressed up for the beach. The sea holiday was her past for the mother while it was laughter for the speaker. Both mother and daughter wry; produced by a distortion or lopsidedness of the facial features: abnormally bent or turned to one side; twisted; crooked: devious in course or purpose; misdirected; contrary; perverse: distorted or perverted, as in meaning: bitterly or disdainfully ironic or amusing; at the labored ease of loss. But now the mother has been dead for the past few years just as one of those cousin sisters’ lives. Out of all these circumstances, there is nothing else left to say. The matter is closed and silence has sealed its fate.

UNDERSTANDING THE LESSON THROUGH KEY SENTENCES:

USE OF OXYMORON IN THE POEM ‘A PHOTOGRAPH’

An oxymoron is a term or statement that contradicts itself, or seems to. Examples often given are "giant shrimp" or "controlled chaos". Some are literary effects designed to create a paradox, while others are done for humor.

The poem "A Photograph" contains the oxymoron "laboured ease", which in the context of loss may mean avoiding the public display of grief.

Q. Read the stanza given below very carefully an answer the questions that follow: 1 x 3=3

The cardboard shows me how it was

Each one holding one of my mother’s hands,

And she the big girl – some twelve years or so.

a. What does the ‘cardboard’ show the poet?

Ans: The ‘cardboard’ shows the poet the scene on the sea beach with three girls.

b. Why did the two girl cousins hold one of the poet’s mother’s hands?

Ans: As the poet’s mother was ‘the big girl’ i. e. elder in age so the two girl cousins hold one of her hands.

c. How old was the oldest girl among the three cousins?

Ans: The oldest among the three cousins was some twelve years old

Now she’s been dead nearly as many years

As that girl lived. And of this circumstance

There is nothing to say at all.

a. How long has the poet’s mother been dead?

Ans: The poet’s mother has been dead for about twelve years.

b. What is the meaning of the word ‘circumstance’ in the poem?

Ans: The word ‘circumstance’ in the poem means the death of the poet’s mother.

c. Why is there nothing to say at all?

Ans: There is nothing to say at all because the poet has lost her mother and her beautiful smile forever.

Q. Write answers of the following questions in about 40 words each: (3 marks each)

a. Describe the three girls as they pose for the photograph?

Ans: The three girls went to the sea beach to be photographed by their uncle. The younger cousins were holding hands of the elder cousin. They smiled through their hair as they stood still for a photograph.

b. Why would the poet’s mother laugh at the snapshot?

Ans: The poet’s mother would laugh at the snapshot as it would revive her memories of the old happy days on the sea beach and the strange way in which they were dressed for the beach.

c. What are the losses of the poet’s mother and the poet?

Ans: The poet’s mother’s loss is of her old happy days on the sea beach while the loss of the poet is the beautiful smile of her mother as she is now dead.

d. The entire poem runs through the lament of loss of something near and dear. Which feeling is presented prominently here?

Ans: The nostalgic feeling is presented prominently the poem.