The document Summary - The Adventures of Toto Notes | Study English Class 9 - Class 9 is a part of the Class 9 Course English Class 9.
All you need of Class 9 at this link: Class 9

The narrator’s Grandfather had a private zoo. He bought a baby monkey from a tonga-driver for five rupees and added it to the zoo. This new pet was called Toto. He was a pretty monkey with bright and mischievous eyes. He was so naughty that he would frighten people by showing his white teeth. He had dry hands with quick fingers and he would use his tail as his third hand.Toto looked cute but his presence was kept a secret from the narrator’s Grandmother because she did not approve of any new additions to the already existing pets. Consequently, Toto was put in a closet opening into the narrator’s bedroom wall and was tied to a peg fastened into the wall. However, the naughty monkey did not stay there for long. He tore off the ornamental wall-paper and pulled out the peg. He also tore the narrator’s school blazer in shreds.Grandfather was so fond of Toto that instead of being angry, he was pleased with this destruction. He said that Toto was so clever that if he had got more time, he would have tied the torn pieces of the blazer to make a rope and used it to escape from the window. After this, Tato was put in a big cage in the servants’ quarters. A tortoise, a pair of rabbits, a tame squirrel and the narrator’s pet goat already lived peacefully over here. But the mischievous monkey troubled all these animals at night and did not let them sleep. So, Grandfather decided to take him to Saharanpur with him where he had to go to collect his pension. The narrator could not accompany his Grandfather on this trip.A big black canvas kit-bag was used to carry Toto to Saharanpur from Dehra Dun. Some straw was put at the bottom of this bag to make it comfortable. The bag was strong enough to prevent Toto from escaping or getting his hands out. So, when he tried to come out of the bag, he could only make it roll about on the floor and jump with it into the air. This quaint sight drew the attention of onlookers at the Dehra Dun platform.On reaching Saharanpur, Toto suddenly poked his head out of the bag and grinned widely at the ticket-collector when Grandfather was producing his ticket. The collector initially got a shock but after regaining his composure, asked Grandfather to pay for the animal. To the annoyance of Grandfather, the ticket-collector referred to the monkey as a dog. Grandfather made an attempt to convince the collector but had to finally pay three rupees as fare for Toto. Irritated, Grandfather took out his pet tortoise from his pocket and asked the collector to charge for it as well. Funnily enough, the ticket-collector examined the tortoise closely and said that there were no charges to be paid since that pet was not a dog.Finally, Toto was accepted as a pet by the narrator’s Grandmother and he was given a comfortable home in the stable. He was to stay there with the family donkey, Nana. However, on the first night of his stay, Toto hung on to the donkey’s long ears with his sharp teeth and never ever became friends with him.Toto used to love hot water baths in winters. His bath ritual was a sight. Grandmother would give him a large bowl of warm water and Toto would first test its temperature with his hand. Then he would step into it gradually, one foot after the other. He would sit comfortably with water up to his neck and rub soap all over himself with his hands or feet. When the water would cool down, he would run out quickly and reach the kitchen fire to dry himself. In case anyone laughed at him during this act, he would get hurt and refuse to take a bath.

One day Toto almost boiled himself alive while trying to bathe. He saw a large kitchen kettle left on the fire to boil for tea. He removed the lid and found the water warm enough for a bath. He got in with his head sticking out from the open kettle. A little while later, the water began to boil and Toto raised himself but sat down again since it was cold outside. He hopped up and down many times till Grandmother came and took out a half-boiled Toto from the kettle.Toto’s monkey business continued and it was decided that he could no longer be kept a pet. This happened when he was caught stuffing himself with rice (pulao) laid at the table at lunch-time. Grandmother screamed at him when she saw this. Toto threw a plate at her and a glass of water in the face of one of the aunts who tried to shoo him away. On Grandfather’s arrival, Toto picked up the dish and got out to sit in the branches of the jackfruit tree. He stayed there all afternoon and ate slowly till he finished all the rice. Then, to irritate Grandmother, he threw the dish from the tree thus breaking it into pieces.The middle-class family of the narrator could not afford these frequent losses. So, Grandfather sold him back to the tonga-driver for three rupees, thus incurring a loss of two rupees.

The narrator’s grandfather was an animal lover. He established his own private zoo. He bought a baby monkey from a tonga driver and named it Toto. The narrator’s grandmother did not like his pets. Toto’s presence was kept in a little closet which opened into the narrator’s room. Toto tore off author’s school blazer. He peeled off the plaster also. Toto was kept with other animals. There he did not allow them to live peacefully. The grandfather had to collect his pension from Saharanpur. He took Tote with him. He had to pay extra fare for Toto. Toto was ultimately accepted by the family. He was put into a stable with Nana, the family donkey. Toto teased Nana. Toto and Nana never became friends. Once Toto nearly boiled himself alive. He used to take bath in warm water. One day, a large kitchen kettle had been left on the fire to boil water for tea. Toto raised himself. It was cold outside. He sat down again. He continued hopping up and down till the grandmother came to rescue him from inside the pot. Toto did not give up his mischief. He tore things to pieces. He tore up the dresses of the aunt. He broke plates and utensils. One day he entered the dining room and ran out with a plate of Pulao, he threw the plate at grandmother.Toto caused much mess to the family. They could not tolerate him anymore. In frustration, the grandfather sold Toto back to the tonga driver and heaved a sigh of relief. 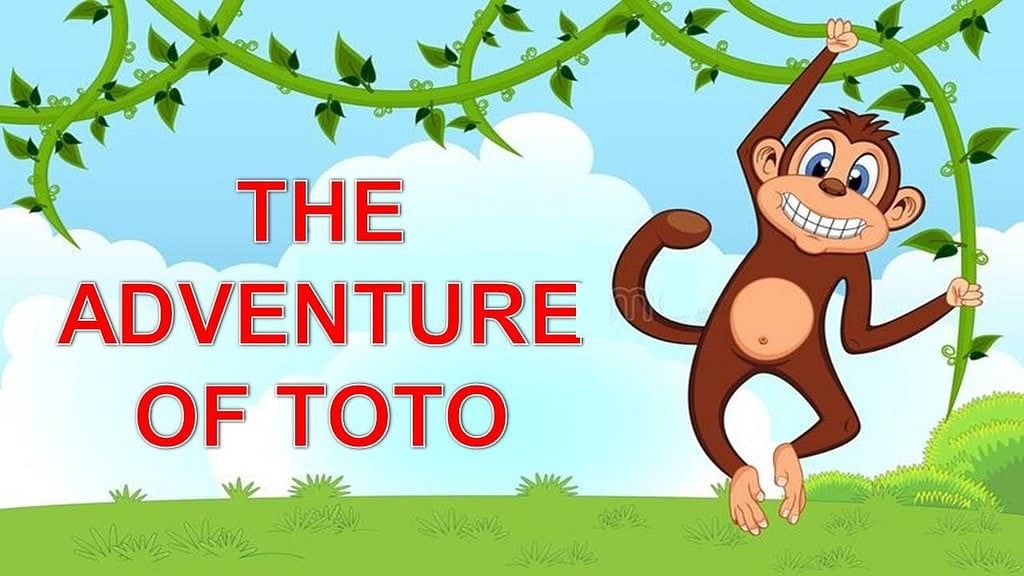 The document Summary - The Adventures of Toto Notes | Study English Class 9 - Class 9 is a part of the Class 9 Course English Class 9.
All you need of Class 9 at this link: Class 9