The document Summary - The Tiny Teacher Class 7 Notes | EduRev is a part of the Class 7 Course English An Alien Hand Class 7.
All you need of Class 7 at this link: Class 7

The ant is a very small insect, but it is very intelligent and hard-working. It is wiser than any fly or earthworm. The story of an ant's life sounds almost untrue. But watching the behaviour of the commonest ant can teach us a lot.

The ants can be black or red. They live comfortably, in large and high homes called 'nests' or 'anthills'. Each home has hundreds of rooms and paths. In some of these rooms the queen ant lays eggs. Other rooms are used as nurseries for the young ones called 'grubs'. Workers and soldiers have separate rooms. Some rooms are used as store houses. No worker can hurt a younger. They live in peace. Each one does its share of work intelligently and bravely. 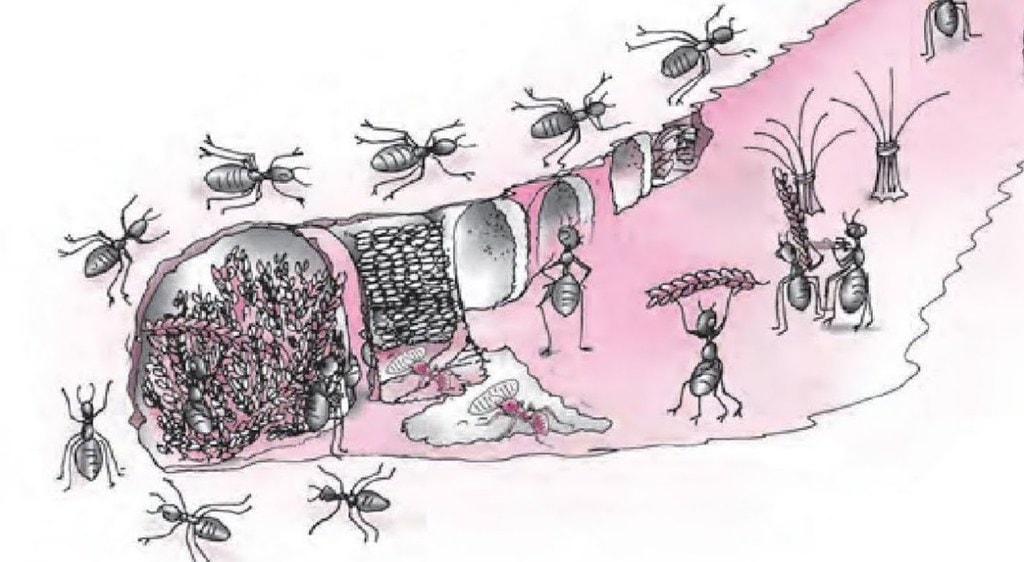 The queen ant is the head of the family. It lives for about 15 years. It has a pair of wings which it bites off after its wedding flight. And then it does nothing but lay eggs.

Eggs are hatched. Grubs are out. Workers feed and Clean them. They are carried about daily for. airing and sun bath. A couple of weeks after, grubs become cocoons which break in three weeks. Perfect ants appear. They have to be trained to do their duties.

The ants use their feelers to talk to other ants. They pass on messages through them.

An anthill is a home not for ants alone. Some other creatures like beetles and the green fly also live in it. Some of them give out sweet smell while others' give sweet juices. The green fly gives them milk.

Human beings can learn a lot from this small teacher. We can learn from them hard work, sense of duty and discipline, cleanliness, loyalty and care for the young ones.