TM as TransducersIn all the above TMs, TM either accepts or rejects a string. That is, TM acts as a language acceptor.- A TM can function as a transducer. That is, a string is given as input to TM, it produces some output. We can view a Turing machine as a transducer.

- A TM can be viewed as a transducer for the implementation of function f defined as,

, where w is in the domain of f. We can see that all common mathematical functions are turing computable.

This means, basic operations such as addition, subtraction, multiplication, division can be performed on it. This means that a TM is an abstract model of our modern computer system.

Let us assume that m=3 and n=5.Then the input tape of the Turing machine will be,

After addition, tape will contain the results of addition as shown below:

TM for addition works as follows:- Head reads the 0s of the first number, m and reaches the separator symbol, $. Symbol, $ is replaced with 0 and head moves towards right.- It continues to move towards right till the second number, n is passed over and # is reached.- At #, it turns left and replaces rightmost 0 with #.- Now the tape contains the sum of m and n, and TM halts.- Conversion of the separator symbol, $ to 0, helps TM to make the single number on the tape. The conversion of symbol, 0 to # removes the additional 0 that was generated from the conversion of $ to 0.

Transition table for the TM is shown below: 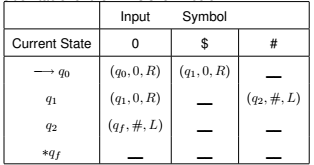 Addition of 3 and 5 is shown below: 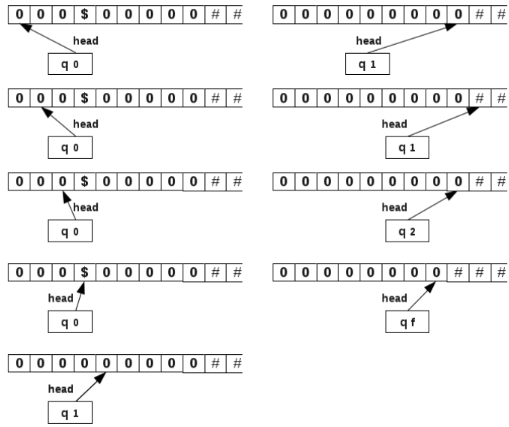 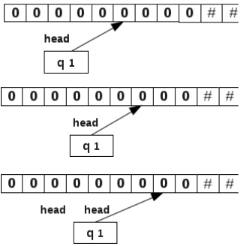 Let m=2, n=4Tape contains two integers, both containing a termination symbol $, at the end as shown below:

After the multiplication operation, tape contains the result as shown below:

Transition table for the TM is shown below: 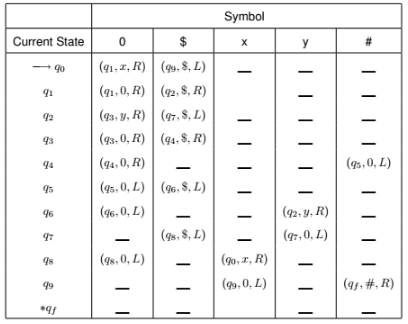 Example 3:Design a TM that copies strings of 1’s.

For this problem, let the given string is 11 as shown below:

Note that we store a # before the string in the tape.The output from TM should be as follows:

Following is the transition table for this TM: 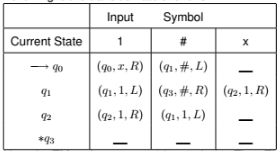 Consider the processing of the string 111: 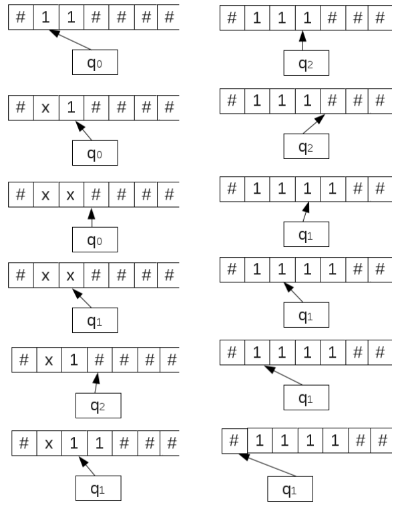 TM as a ComputerThus a TM can perform the basic operations such as addition, multiplication, subtraction and division. That means it can act as a computer. TM is a simple mathematical model of a computer. TM can do everything a computer can do. If TM cannot solve certain problems, then these problems are beyond the theoretical limits of computation.Exercises:1. Design a Turing machine that computes m - n where m and n are positive integers and m>n.2. Design a TM to divide m by 3 and to compute the quotient and the remainder. 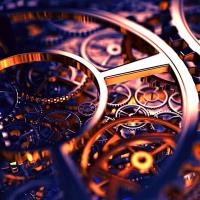