After reading this chapter the student will be able to1. Analyse the statically indeterminate plane frame by force method.2. Analyse the statically indeterminate plane frames undergoing support settlements.3. Calculate the static deflections of a primary structure (released frame) under external loads.4. Write compatibility equations of displacements for the plane deformations.5. Compute reaction components of the indeterminate frame.6. Draw shear force and bending moment diagrams for the frame.7. Draw qualitative elastic curve of the frame.

Analyse the rigid frame shown in Fig.11.1a and draw the bending moment diagram. Young’s modulus E and moment of inertia I are constant for the plane frame. Neglect axial deformations. 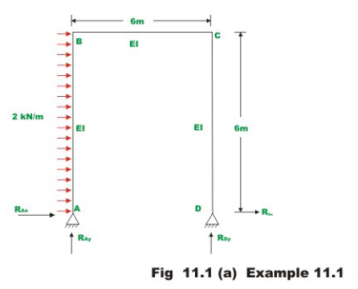 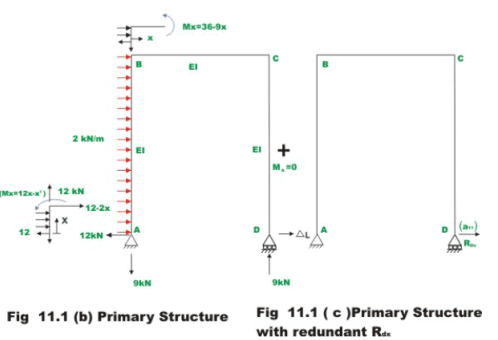 Now compute the horizontal deflection ΔL and D due to externally applied load. This can be readily determined by unit load method. Apply a unit load along RDx as shown in Fig.10.1d. 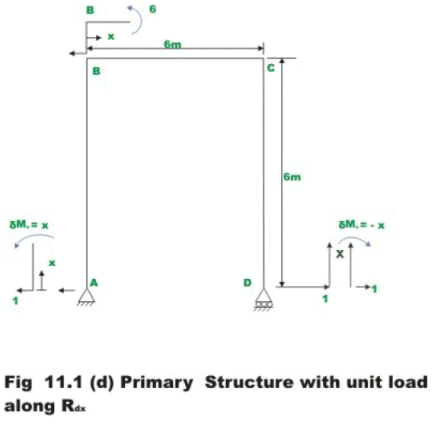 Now, the compatibility condition of the problem may be written as

The minus sign indicates that the redundant reaction RDx acts towards left. Remaining reactions are calculated from equations of static equilibrium.

The bending moment diagram for the frame is shown in Fig. 11.1e 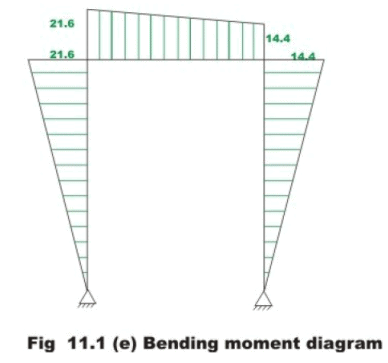 Example 11.2 Analyze the rigid frame shown in Fig.11.2a and draw the bending moment and shear force diagram. The flexural rigidity for all members is the same. Neglect axial deformations. 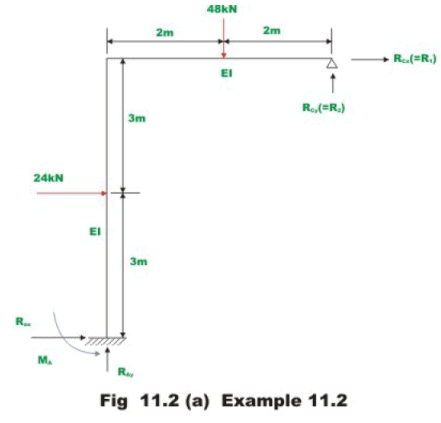 Five reactions components need to be evaluated in this rigid frame; hence it is indeterminate to second degree. Select Rcx (=R1) and Rcy (=R2) as the redundant reactions. Hence, the primary structure is one in which support A is fixed and the support C is free as shown in Fig.11.2b. Also, equations for moments in various spans of the frame are also given in the figure. 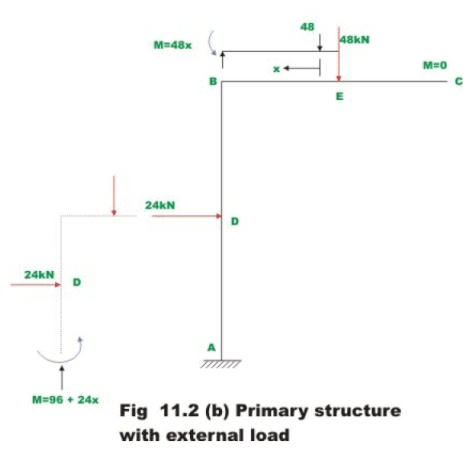 Calculate horizontal (ΔL)1 and vertical (ΔL)2 deflections at C in the primary structure due to external loading. This can be done by unit load method. Thus, In the actual structure at C, the horizontal and vertical displacements are zero .Hence, the compatibility condition may be written as, 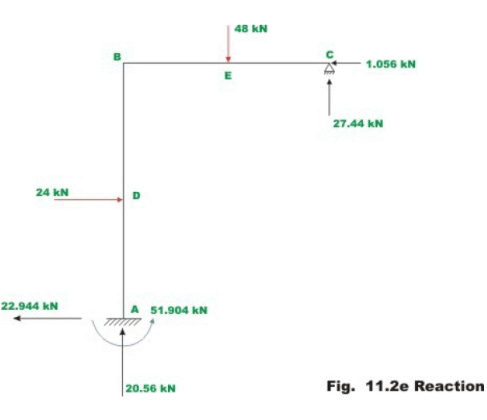