The document The Scalar Product Notes | Study Physics For JEE - JEE is a part of the JEE Course Physics For JEE.
All you need of JEE at this link: JEE

Velocity, displacement, force and acceleration are different types of vectors. Is there a way to find the effect of one vector on another? Can vectors operate in different directions and still affect each other? The answer lies in the Scalar product. An operation that reduces two or more vectors into a Scalar quantity! Let us see more!

What is a Scalar Quantity?

The following image explains the difference between distance, a scalar quantity, and displacement, a vector quantity: 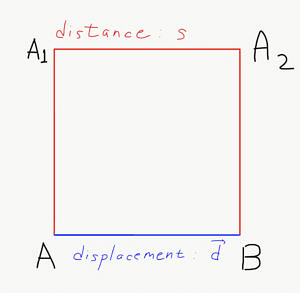 In the above diagram, if we take the square AA1A2B and assume it’s side as 5m, then the object travelling the red path has travelled a distance of 15 meters.  But, the displacement of the said object is only 5 meters in the direction of A to B. Similarly, if we assume that the same object has finished the traversing the red path in one second, then, the object’s speed is 15 m/s. But, the velocity of the said object is only 5 m/s.Now, in Physics, from time to time, we need to multiply two vector quantities. Some of these multiplications require a scalar product. For example, Work is a scalar quantity and is a product of Force and Displacement. Here, we will learn how to derive a scalar quantity as a product of two vectors, and, how these multiplications hold various laws of mathematics.

Let’s consider two vector quantities A and B. We denote them as follows: 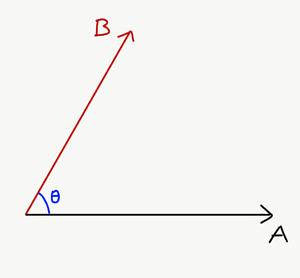 Their scalar product is A dot B.  It is defined as:A.B = |A| |B| cosθWhere, θ is the smaller angle between the vector A and vector B. An important reason to define it this way is that |B|cosθ is the projection of the vector B on the vector A. The projections can be understood from the following images: 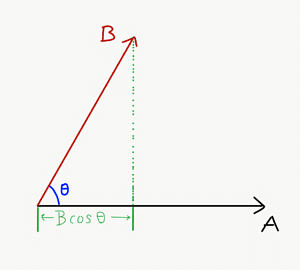 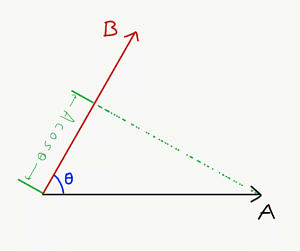 Since, A(Bcosθ) = B(Acosθ), we can say thatA.B = B.AHence, we say that the scalar product follows the commutative law. Similarly, the scalar product also follows the distributive law:A.(B+C) = A.B + A.CNow, let us assume three unit vectors, i, j and k, along with the three mutually perpendicular axes X, Y and Z respectively. 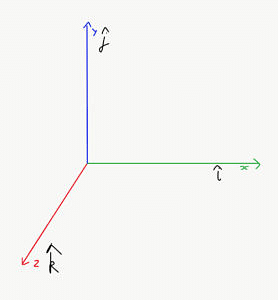 Also since the cosine of 90 degrees is zero, we have:

These two findings will help us deduce the scalar product of two vectors in three dimensions. Now, let’s assume two vectors alongside the above three axes:

So their scalar product will be,

The document The Scalar Product Notes | Study Physics For JEE - JEE is a part of the JEE Course Physics For JEE.
All you need of JEE at this link: JEE