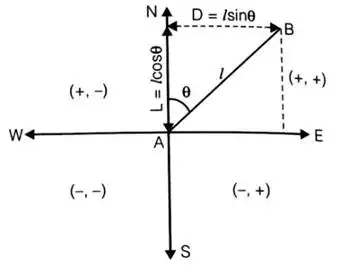 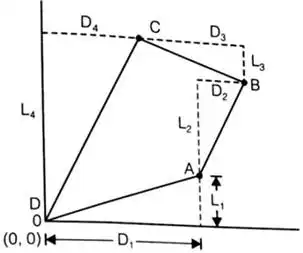 Closing ErrorIf sum of latitude, ∑L ≠ 0and sum of departure ∑D ≠ 0then there is a closing errorClosing error,

the direction of closing error (δ)

Definition: The horizontal control in Geodetic survey is established either by triangulation or by precise traverse. In triangulation, the system consists of a number of inter-connected triangles in which the length of only one line is called the base line and the angles of the triangle are measured very precisely. 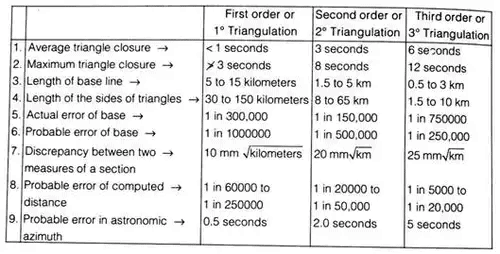 The routine of triangulation survey generally consists of the following operations:

Intervisibility and Height of Stations