The document Theory - Separation of Mixtures Using Different Techniques Chemistry, Class 9 Science Class 9 Notes | EduRev is a part of the Class 9 Course Science Class 9.
All you need of Class 9 at this link: Class 9

To separate the components of a mixture using the following techniques:

What are types of separation techniques?

Various types of separation processes are:

Let’s discuss some of the separation techniques

A separating funnel is used for the separation of components of a mixture between two immiscible liquid phases. One phase is the aqueous phase and the other phase is an organic solvent. This separation is based on the differences in the densities of the liquids. The liquid having more density forms the lower layer and the liquid having less density forms the upper layer. 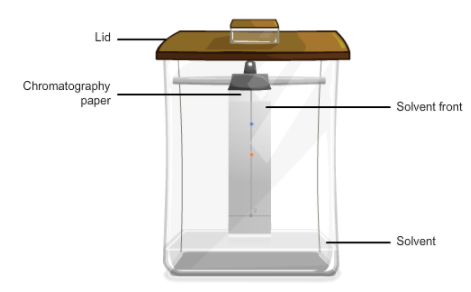 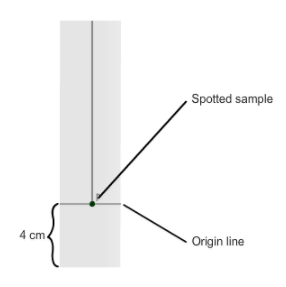 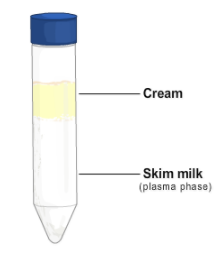 Sometimes the solid particles in a liquid are very small and can pass through a filter paper. For such particles, the filtration technique cannot be used for separation. Such mixtures are separated by centrifugation. So, centrifugation is the process of separation of insoluble materials from a liquid where normal filtration does not work well. The centrifugation is based on the size, shape, and density of the particles, viscosity of the medium, and the speed of rotation. The principle is that the denser particles are forced to the bottom and the lighter particles stay at the top when spun rapidly.

Simple distillation is a method used for the separation of components of a mixture containing two miscible liquids that boil without decomposition and have sufficient difference in their boiling points.

The distillation process involves heating a liquid to its boiling points, and transferring the vapors into the cold portion of the apparatus, then condensing the vapors and collecting the condensed liquid in a container. In this process, when the temperature of a liquid rises, the vapor pressure of the liquid increases. When the vapor pressure of the liquid and the atmospheric pressure reach the same level, the liquid passes into its vapor state. The vapors pass over the heated portion of the apparatus until they come into contact with the cold surface of the water-cooled condenser. When the vapor cools, it condenses and passes down the condenser and is collected into a receiver through the vacuum adapter. 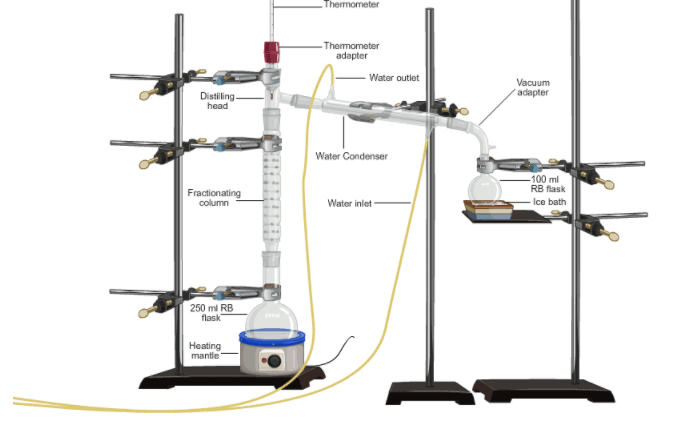