The document Thermodynamics Potential Physics Notes | EduRev is a part of the Physics Course Basic Physics for IIT JAM.
All you need of Physics at this link: Physics

...(5.2)for a gas with one species of particle, which implies that

which relates the change of the chemical potential µ with the volume V to the (negative of the) change of the pressure P with the number of particles N.

We now use these relations to derive an expression for U in terms of its natural variables.
Entropy. We start with the entropy

of the ideal gas, as derived in Sect. 4.4.1, where we have used the ideal gas relation U = 3nRT/2 to substitute T and T0 with U and U0 in the second step.With CV = 3nR/2 we may write equivalently

which can be solved for the internal energy as

Eq. (5.6) is the fundamental equation for the ideal gas, with U(S, V ) as the thermodynamic potential. S, V are the independent natural variables.

but not the dependent variables S and P. Note the marked difference to (5.3).

at constant coordinate q, and Note that the pressure is defined as the (negative) slope of the internal energy U with respect to the volume V , in analogy to the transformation from the velocity q˙ to the momentum p = ∂L/∂q˙ in classical mechanics. Note however the different sign conventions between (5.9) and (5.8).

Differential. The Legendre transformation (5.9) allows to evaluate with

the differential dH of the enthalpy in terms of its natural variables S, P and N. The result is

The four possible combinations of these variables,

It is generally easier to obtain explicit expressions for the internal energy U than for the free energy F. Above relation will be for this reason fundamental to the formulation of statistical mechanics, as discussed lateron in Sect. 9.2, as it allows to identify F. Entropy The differential of the entropy S = S(U, V, N) is obtained rewriting (5.2) as

Homogeneity relationsThe thermodynamic potentials vary as extensive state properties if the volume and number of particles vary by a factor λ, i.e.,

Note that long-range interactions between particles, such as the unscreened Coulomb interaction, may invalidate (5.15). Surface effects will contribute in addition for the case of a mesoscopic system.Extensive and intensive variables. Temperature is intensive, but

extensive. It follows likewise that

We obtain then with

Chemical potential. When there is only one class of particles (α = 1),

...(5.18)The chemical potential may hence be interpreted as Gibbs enthalpy per particle.

Representation of the internal energy. The Gibbs-Duhem relation (5.18) allows to rewrite the other thermodynamic potential. We recall, e.g. the Legendre transform (5.11),

Note, however, that this representation is only seemingly simple.

The total differential of Ω is

Through differentiation of Ω we can calculate S, P and N as

Thermal equation of state. From the Gibbs Duhem relation (5.18), G = µN, it follows that

Equilibrium conditions
Our discussion of thermodynamic potentials dealt hitherto mostly with the equilibrium state. The second law of thermodynamics,T dS ≥ δQ = dU + P dV − µdN ,     ...(5.22)allows however also to study the impact of irreversible processes, that is the evolution of the system toward the equilibrium. We have used for (5.22) the differential form of (4.6) together with the generalized first law
dU = δQ + δW + µdN,     δW = −P dV ,
where we have taken the δW appropriate for a gas.

Equilibrium internal energy. The entropy is an exact differential dS = δQ/T at equilibrium. One can then consider situations like

where selected state variables are constant. We will now generalize this discussion.

The total entropy of 1 and 2 is likewise a sum of the individual entropies:
S = S(U1, V1, N1) + S(U2, V2, N2) = S1 + S2 .
Equilibrium conditions. Both systems will interchange particles and energy until equilibrium is attained. In the equilibrium state where we have used the steady-state version of the second law (5.22), dS = dU + P dV − µdN.Homogeneity condition. U1, V1, and N1 are independent variables. The prefactors of
dU1, dV1, and dN1 need hence to vanish individually:T1 = T2 = T; P1 = P2 = P; µ1 = µ2 = µ .Instead of two systems we can subdivide a given system in an arbitrary number of ways.
The system needs consequently to be homogeneous:

in a reservoir with heat, but without work interchange, are defined by

Principle of minimal free energy. For constant temperature one has T dS = d(T S) and consequently that

Composite system. Consider a composite system in a heat reservoir at temperature T, whose particles can pass through the wall. It obeys the conditions Stationarity principles in information theory
From the microscopic point of view the equilibrium thermodynamic state is stationary in the sense that the positions and the velocities of the constituent particle change continuously. The ongoing reconfiguration of the microscopic state leaves however the macroscopic properties of the state intact.Stationary probability distribution functions. A probability distribution functions p(y) quantifies the probability that the state y (an event) occurs, with

It measures the amount of disorder in the sense that a flat (maximally disordered) distribution function p(y) has the largest entropy S[p]. Here we have written S = S[p] as a functional of p = p(y). This connection allows us to reinterpret the principle of maximal entropy derived in Sect. 5.5.1.

which is identical, apart from an overall factor, kB, to the thermodynamic entropy. The Shannon entropy is however used as a measure of the information content. The context is here information transmitted via communication channels.

You do not learn anything new if you can predict what another person says.

Life as a stationary state. Life is by definition a stationary state of matter which retains its functionality despite the continuously ongoing turnover of its constituent elements. The proteins, enzymes and cells of our body have lifetimes ranging typically from hours to months.

Equilibrium principles in the neurosciences. The stationary equilibrium of the brain with both the environment and the body is dependent on a continuous flux of information. Information theoretical principles are consequently of widespread use in the neurosciences. An example is the free energy principle, as proposed by Carl Friston. It suggests that the brain may be minimizing the information-theoretical analog of the thermodynamic free energy. 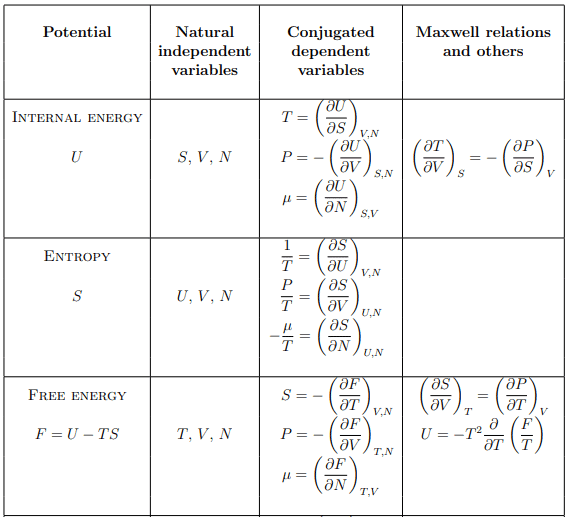