The document Types of Force Class 9 Notes | EduRev is a part of the Class 9 Course Science Class 9.
All you need of Class 9 at this link: Class 9

From our day to day experience, we all are familiar with the concept of 'Force'. While opening a door, lifting a bucket or a bag, kicking a football or throwing a stone, we have to act differently and in many ways. We are either pushing or pulling the object. The no non-living object moves on its own. We have to apply the effort in the form of push or pull. This pull or push is called force. Thus a force is an external agency that displaces or tends to displace a body from its position of rest. The direction in which the object is pushed or pulled is called the direction of the force. Force has both magnitude and direction. It is a vector quantity.

Force is a Push or a Pull

Force is the 'push' or 'pull' which can make a body move, stop a moving body, change the direction and speed of a moving body. Force cannot be seen but the effect of force on an object can be seen or felt.

Effect of Force A force produces the following effects:-

Force can Move or Tend to Move an Object

When a force is applied to a stationary body, it can either move the body or tend to move it. The motion of the body takes place in the direction of the applied force. Some examples of this are :(i) When a football is kicked it is set into motion.(ii) A railway locomotive applies force on the railway wagons to set them into motion.(iii) A horse applies force on the cart to pull it. (iv) At times when you push a wall, you are unable to move it. The force applied by use tends to move the wall. 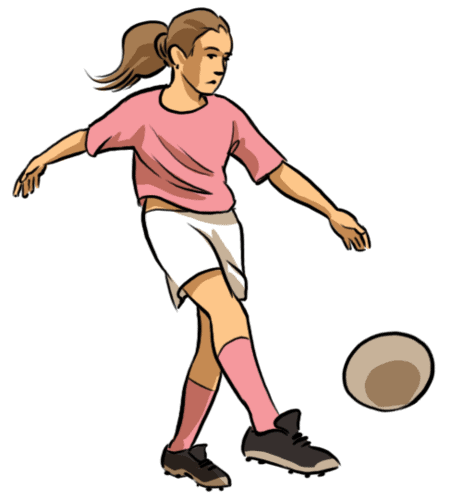 Force can Stop or Tend to Stop an Object Force can Increase or Decrease the Speed of an Object

When a force is applied on a moving body, in the direction of motion or opposite to it, it can change the speed of the object. Some examples of this are :(i) When a football in motion is kicked in the direction of its motion its speed increases.(ii) The speed of a car can be decreased by applying brakes. (iii) The speed of a cycle can be increased by applying force on the pedals. (iv) A freely falling object is accelerated towards the earth due to the gravitational attraction of the earth. 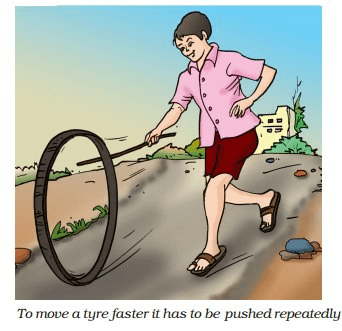 Application of force on an object can even change its shape.

Example: When you press a sponge, stretch a rubber band or squeeze a string. 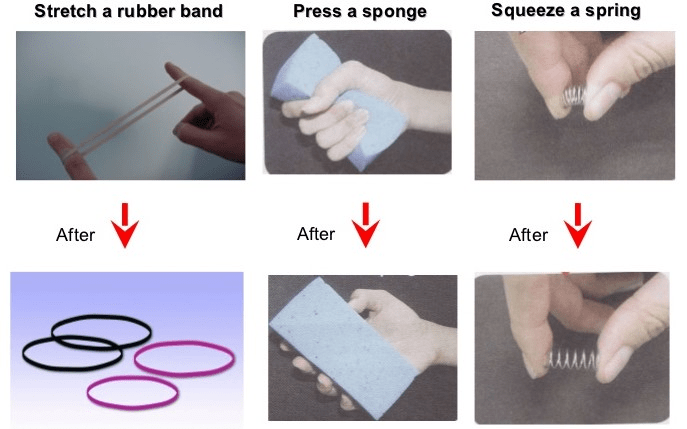 The concept of force gives us the quantitative description of the interaction between two bodies or between a body and the environment. When you push or pull a car stuck in mud, you exert a force on it. This force may or may not be able to move the car. Thus force is an agent (often termed as a pull or a push), which

Thus, force is an agent whose action can produce acceleration in a body. A force can also change the shape of an object on which it is acting. For example when you squeeze a soft rubber ball it will be deformed to some extent.

In other words a force can be defined as an agent which, can change or tend to change the dimension of an object or produces or tends to produce acceleration in an object. Broadly speaking forces are classified as being of two types:

(i) Contact Force: The force which acts on a body either directly or through some connector are called contact forces. Examples: Biological force, muscular force, mechanical force and frictional force are the examples of contact force.

(ii) Non-contact Force or Field Force: The force which does not make direct contact with a body and acts through space, without any connector is called non-contact force.

If a single force acting on a body produces the same acceleration as produced by a number of forces, that single force is called the resultant of these individual force. 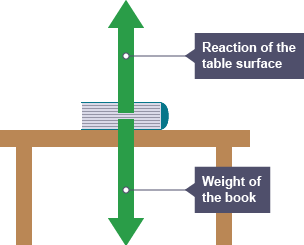 Normal ForceThe force acting perpendicular to the ground surface then the force is called normal force. 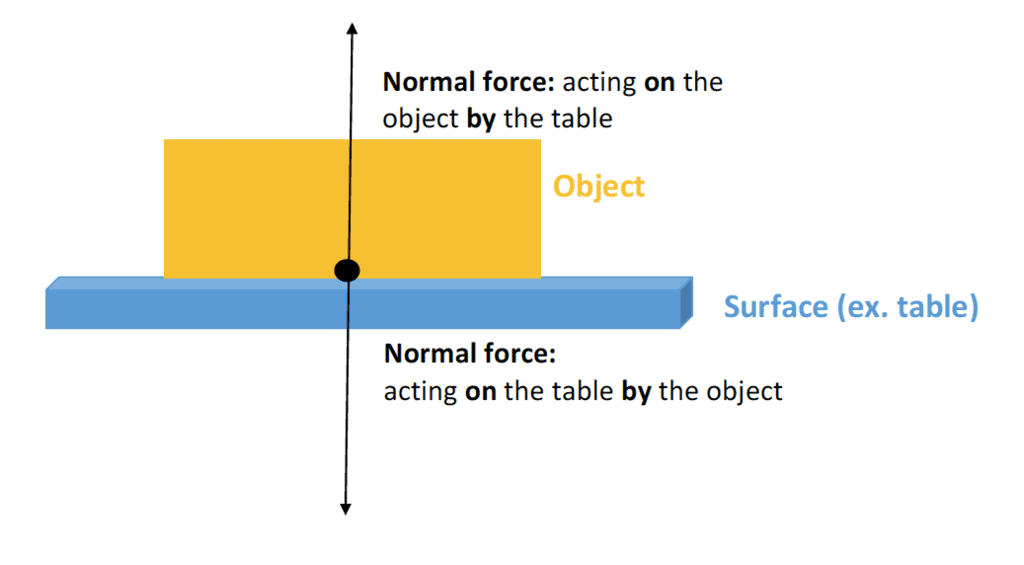 When two forces of equal magnitude but acting in opposite directions on an object simultaneously then the object continues in its state of rest of uniform motion in a straight line. Such forces acting on the object are known as balance force.

1. When we push a wall, the wall does not move at all i.e., it remains at rest.  In this case, the force of push on the wall acts in the forward direction. On the other hand, the wall also exerts equal force on our hand in the backward direction. These two equal and opposite forces cancel out the effect of each other and hence these two forces are the balanced forces.

2. When we try to push a heavy box on a rough surface, it does not move. 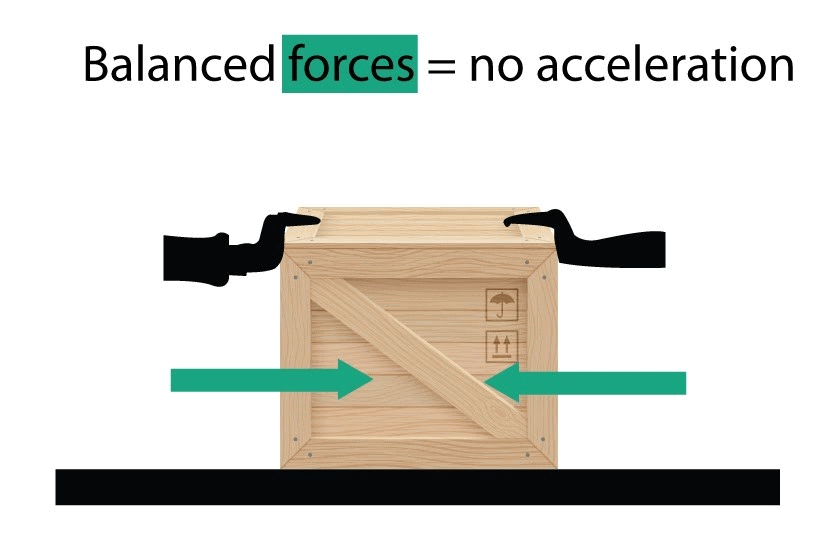 When two forces of unequal magnitudes act in opposite directions on an object simultaneously then the object move in the direction of a large force. These forces acting on the object are known as unbalanced forces.

1. When a boy drags a box on the floor, then an unbalanced force is acting on the box. 2. A bicycle will slow down if the rider stops pedaling it.