Measurement is a technique in which the properties of an object are determined by comparing them to a standard.

A unit is a particular physical quantity, defined and adopted by the convention, with which other particular quantities of the same kind are compared to express their value.

The Seven Base Units Of Measurement 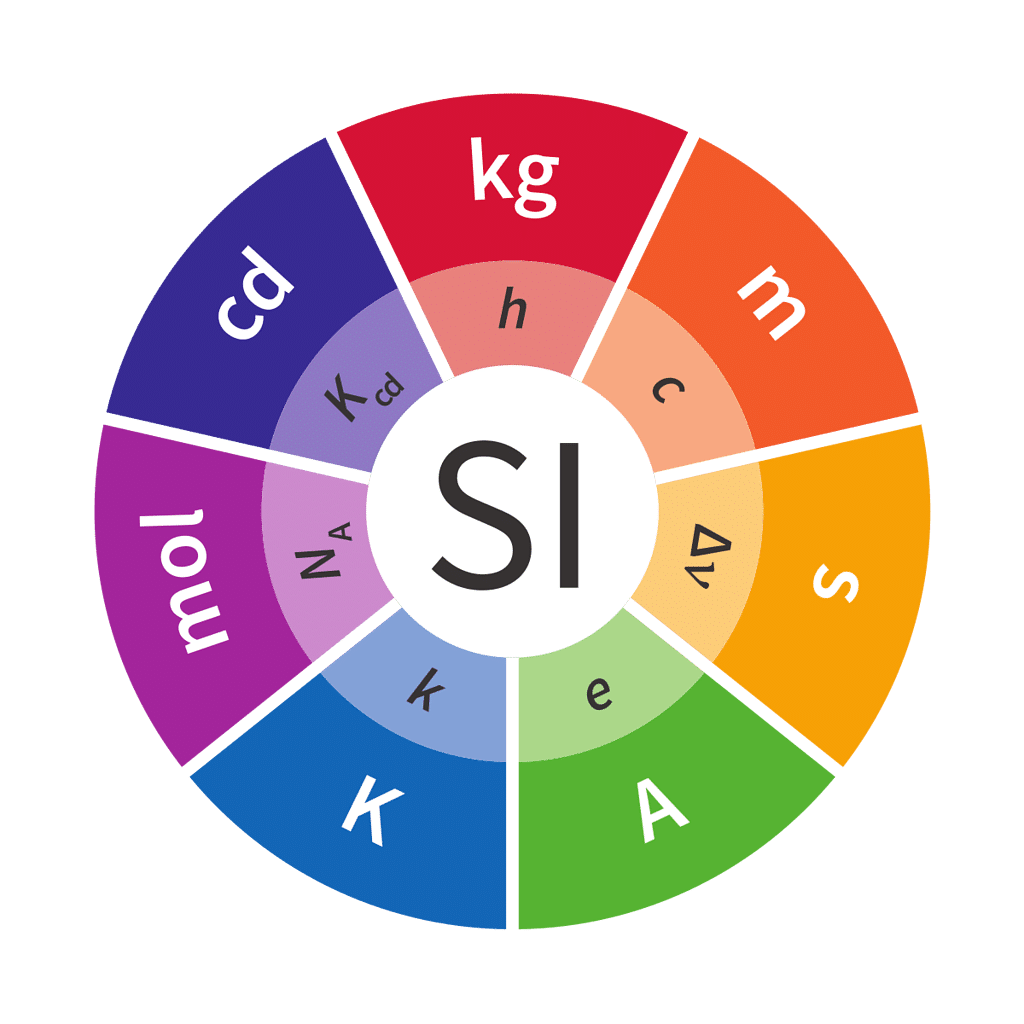 Amount of a substance – Mole (mol)

The units of measurement derived from the seven base units specified by the International System of Units is known as SI derived units.

The International System of Units

In earlier times scientists of different countries were using different systems of units for measurement.

• In CGS system they were centimeter, gram, and second respectively.

• In FPS system they were foot, pound, and second respectively.

• In MKS system they were meter, kilogram, and second respectively.