According to this theory, a covalent bond is formed by the overlapping of two atomic orbitals of proper energy and proper symmetry. This theory was given by Hietler and London and extended by Pauling and Slater.

For a covalent bond to form, two atoms must come closer to each other so that orbital of one atom overlaps with the other.

(σ-Bond is formed by the axial overlapping of atomic orbitals) 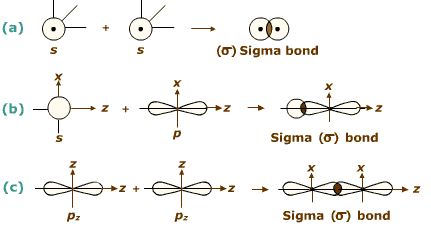 (p-bond is formed by the sideways overlapping of atomic orbitals) 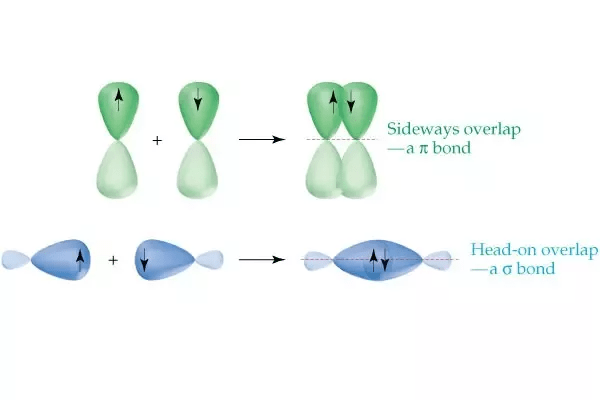 If a bond between two atoms is broken when one atom is rotated around the bond axis, that bond is called a pi bond. Pi bonds are formed by the sideways overlap of parallel half-filled p−orbitals on adjacent atoms as shown in the figure. They are not formed from hybrid orbitals.

Following overlappings are not allowed

(a) (i) Intermolecular distance (x)

(ii) Also in an s-orbital, ψ is positive throughout but in p-orbital it is positive and negative

Limitations of Valence Bond Theory: This theory could not explain the following facts:

(i) It fails to explain the paramagnetic behaviour of O2 molecules.

(ii) It fails to explain the bonding in electron deficient compounds as well as in metals and intermetallic compounds.

Ethane is a saturated compound hence only sigma bonds are present.

The concept of hybridization lies in its origin in VBT.

Requirement of the concept of hybridization:

In VBT, the ideal of hybridization was required to explain the faces:(i) the number of bonds formed,(ii) the equivalence of the bonds in some cases,(iii) the stereochemistry of the molecules,(iv) the better overlapping of the orbitals. 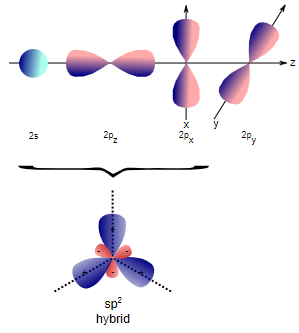 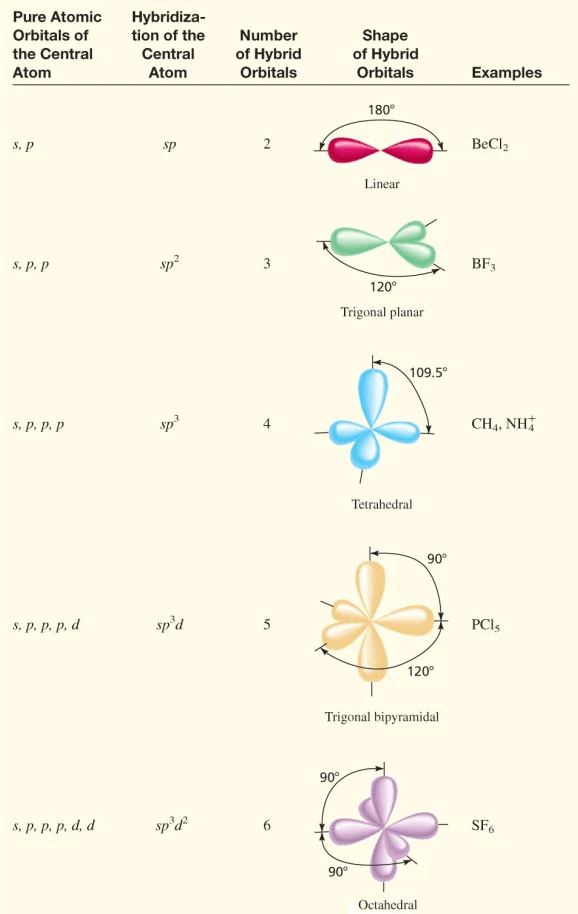 leading to a pentagon in the xy-plane; (pz +

) leading to a linear segment perpendicular to the pentagon.Drago’s Rule

According to the rule whenever P and onwards elements or attach to H atom, in such compounds lone pair generally do not participate in hybridization.Example: PH3; H2Se, AsH3, SbH3, BiH3, H2S, H2Te, etc.

(i) Determination of Lewis basic strength: Hybrid orbitals shows better basic character than unhybridized orbitals as they have more directional character.Example:NH3 is a better Lewis base than PH3 because the lone pair in NH3 is present in sp3 hybridized state while in PH3 s orbital is unhybridized.

(ii) Effect on bond angle: The compounds in which hybridization does not take place possess a bond angle of nearly to 90º.(iii) Existence and non-existence of molecules on the basis of hybridization: For hybridization, the energy difference between the ground state and the excited state must not be very high.Example: CH4 exists but PH5 does not this is because in CH4, there is an s-p transition taking place, and as the energy difference between s and p orbital is very less whereas in PH5, there is need to be an s-d transition, which is not favorable.Lesser is the excitation energy better is the hybridization. Excitation can be made easier in 2 ways:

(a) By supplying energy(b) By reducing the energy gap between orbitals or orbital contraction. This can be done by attaching any electronegative element to the central atom.For example: In the case of PF3, F being highly electronegative contracts the d orbital of Phosphorus thereby resulting in hybridization while in case of PH3 there is no hybridization. Similarly, in case of PCl3 orbital contraction occurs due to chlorine atoms.Similarly,

2. 3rd period and onwards elements do not show maximum covalency when attached to lesser electronegative elements like H.

knowing the value of i, we can determine hybridization which is equal to spi

a) may be or may not be related

b) is independent on

c) is dependent on

d) is not related to

Explanation: As per the concept of valence bond theory, the partial merging of atomic orbitals id knowns as overlapping. The extent of overlapping is directly proportional to the strength of the covalent bond, i.e. it is dependent.

Q.2. Which type of bond is present between hydrogens in hydrogen molecule?

Explanation: The head-on or end-to-end type of overlapping is present in the sigma bond. A sigma bond is a type of covalent bond. It may also be called an axial overlap. In case of the hydrogen molecule, its s-s overlapping.

Explanation: Zero overlap means that the orbitals don’t overlap at all. When there is no overlapping the bond formation doesn’t occur. As we all know that the extent of overlapping is dependent on the strength of the bond. 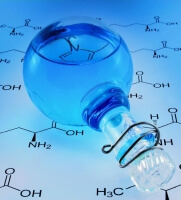