Q 1. What examples does history provide us on the grounds of religion?

History provides us with several examples of discrimination, exclusion, and persecution on the grounds of religion. 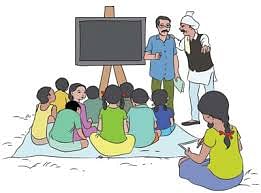 Discrimination on the grounds of Religion

Q 2. What happened in the Jewish state of Israel?

Muslim and Christian minorities were treated badly in the Jewish state of Israel.

In Saudi Arabia, non-Muslims are not allowed to build a temple, church, etc. They also cannot gather in a public place for prayers.

Q 4. What does the term ‘secularism’ refer to?

‘Freedom to interpret’ means an individual’s liberty to develop his own understanding and meaning of the religion that one practices.

Government schools cannot celebrate religious festivals because it will be a violation of the government’s policy of treating all religions equally.

Q 7. Why is Paramjit allowed to drive in pagri?

Paramjit is a Sikh youth and for him wearing a pagri is a very important part of his religion.

Unlike Indian secularism, there is a strict separation between religion and the State in American secularism.

This means that any interference in religion by the State has to be based on the ideals laid out in the Constitution.

Q 1. Why is it important to separate religion from the State? Explain with examples.

There are two main reasons why the separation of religion from the state is important:

Q 2. What are the three objectives of a secular State? [V. Imp.]

The three objectives of a secular State are:

Q 3. Explain with an example that in Indian secularism, the State can intervene in religious affairs.

An important aspect of India's secularism is that the State can intervene in religious affairs.Example:

Q 1. In what different ways does the Indian State work to prevent religious domination? [V. Imp.]