The document Very Short Question Answers: Fibre to Fabric Notes | Study Science Class 7 - Class 7 is a part of the Class 7 Course Science Class 7.
All you need of Class 7 at this link: Class 7 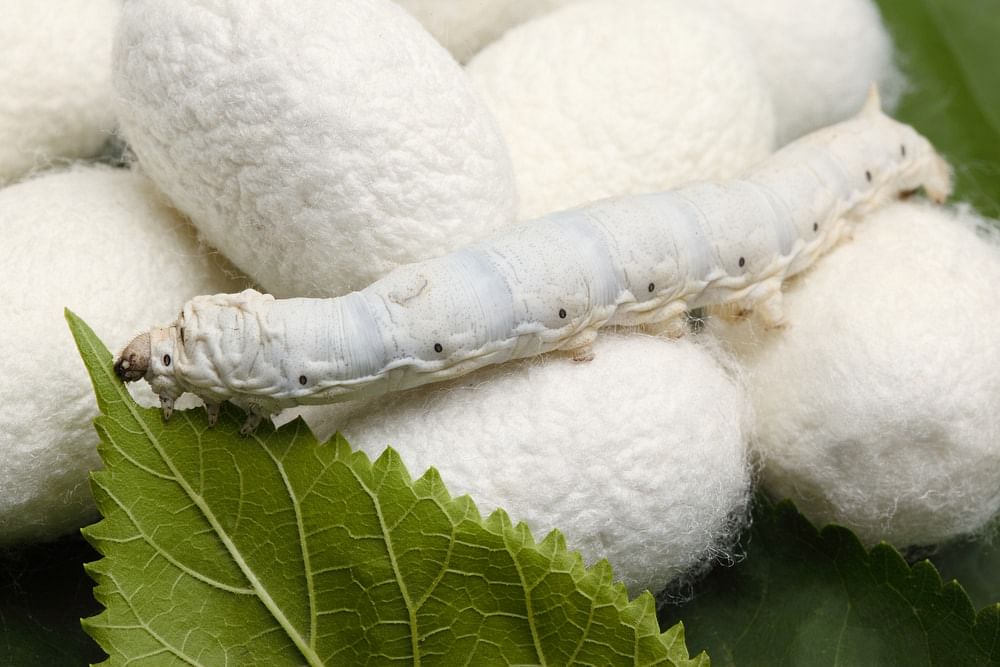 Q3: Name some animals which provide us with wool.

Q4: Yak wool is common in

d. None of these.

Q5: Name the place where Angora goats are found in plenty.

Q8: The fur on the body of camel is also used as wool .True/False.

Q9: Which parts of the black sheep have wool?

Q10: Name the protein which is the chief component of wool fibres.

Ans :  Keratin is the chief component of wool fibres

Q11: Name the process involved in getting fibres form the sheep.

Ans :  The sheep's hair are Sheared off from its body, scoured, sorted, dried, dyed, spun and woven to yield wool.

Ans :  The rearing breeding and management of silkworms for obtaining silk is called sericulture.

Q13: Caterpillars should be collected from bare hand or not?

Q14: Name the country which is the largest producer of silk.

Ans :  Yarn is a long continuous thread that is made up of fibre.

Ans :  The process of removing seed from cotton called ginning.

Q19: Spinning is a process of making fibers. True/False.

Ans :  Weaving is the process of arranging two sets of yarns together to make a fabric.

Ans :  The process of making yarn from fibres is called spinning.

Q26: Name some varieties of silk.

Ans : Caterpillar in its later stage of development completely covers itself by silk fibres and turns into pupa. This covering is known as cocoon.

Q30: Which of the following does not yield wool?

The document Very Short Question Answers: Fibre to Fabric Notes | Study Science Class 7 - Class 7 is a part of the Class 7 Course Science Class 7.
All you need of Class 7 at this link: Class 7