The document Very Short Question Answers - Maps Class 6 Notes | EduRev is a part of the Class 6 Course Social Studies (SST) Class 6.
All you need of Class 6 at this link: Class 6

Q2: Where does east lies on the map?

Q3: What type of map you will carry when you are going for trekking to the Himalayas?

Ans : A map is a representation or a drawing of the earth's surface or a part of it drawn on a flat surface according to a scale.

Q6: What is thematic map?

Some maps focus on specific information such as road maps, rainfall maps, distribution of forests, industries etc. These are called thematic maps.

Q7: What are the Component of a map?

Q8: If you have to show Asia on paper, then the appropriate map will be 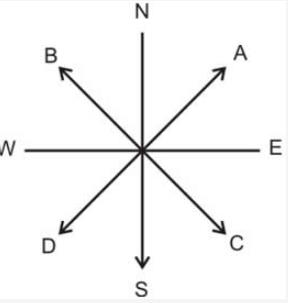 Q11: Suppose a person is walking towards north and he takes left hand turn. Now he is moving in which direction? 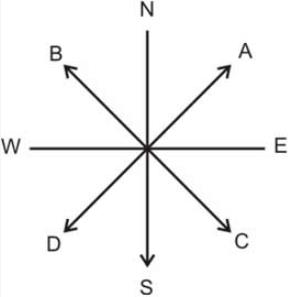 Q13: Meter gauge is represented by which symbol?

Q14: Which symbol is used to show international boundaries?

Q16: What do you understand by symbol

Q17: How will you show a graveyard on the map using symbol?

Q21: Name the colour which represents water bodies on the map.

Ans : A detail drawing of small areas on a large scale.

Q23: If we have to find a city in the state of Andhra Pradesh, what type of map we will look for?

Ans : A globe is a true model of the earth.

Ans : When many maps are put together we get an Atlas.

Q28: How symbols are useful for a map?

Ans : It makes the map simple to read.

Q31: Which symbol show that an area has a lot of plant cover?

Q32: Rahul wants to go to his uncle's place that is in the NE direction and Rahul is in the N direction facing S, then the direction that he should turn to ______.

Q33: Mohan is traveling by car. He sees a symbol .

Q39: Which map will be used to show Distribution of industries in Europe?

Q40: Which colour is used to show Plateau on the map?