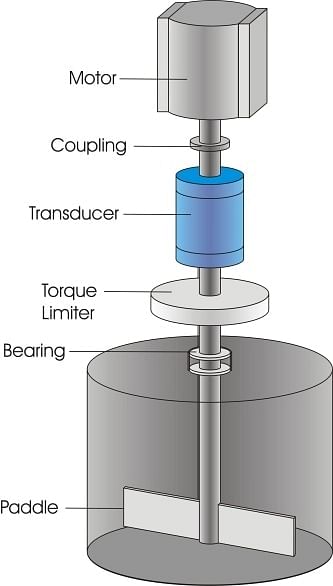 Viscosity (μ) in a fluid is the resistance to its change of shape. Viscosity is related to the attraction between the molecules in a liquid, which resists any change due to flow or motion. When a force is applied to a fluid at rest, the molecular layers in the fluid tend to slide on top of each other, exhibiting a laminar flow [8]. These fluids are called Newtonian fluids, and the flow is consistent over temperature. Non-Newtonian fluid dynamics is very complex. The force (F) resisting motion in a Newtonian fluid is given by:

where A is the boundary area being moved, V is the velocity of the moving boundaries, y is the distance between boundaries, and μ is the coefficient of viscosity, or dynamic viscosity. The units of measurement must be consistent.Sheer stress

is the force per unit area, and is given in the following formula:

is the shear stress, or force per unit area.If F is in lb, A in ft2, V is in ft/s, and y is in ft, then μ is in lb s/ft2.If F is in N, A is in m2, V is in m/s, and y is in m, then μ is in N s/m2. A sample list of fluid viscosities is given in Table 12.3. The standard unit of viscosity is the poise, where a centipoise (poise/100) is the viscosity of water at 68.4°F. (1 centipoise = 2.09 × 10−5 lb s/ft2.)When the temperature of a body increases, more energy is imparted to the atoms, making them more active, and thus effectively reducing the molecular attraction. This in turn reduces the attraction between the fluid layers, lowering the viscosity. Therefore, viscosity decreases as temperature increases.Table 12.3 Dynamic Viscosities, at 68°F and Standard Atmospheric Pressure

Viscometers or viscosimeters are used to measure the resistance to motion of liquids and gases. Several different types of instruments have been designed to measure viscosity, such as the inline falling-cylinder viscometer, the drag-type viscometer, and the Saybolt universal viscometer. The rate of rise of bubbles in a liquid also can be used to give a measure of the viscosity of a liquid.The falling-cylinder viscometer uses the principle that an object, when dropped into a liquid, will descend to the bottom of the vessel at a fixed rate. The rate of descent is determined by the size, shape, and density of the object, and the density and viscosity of the liquid. The higher the viscosity, the longer the object will take to reach the bottom of the vessel. The falling-cylinder device measures the rate of descent of a cylinder in a liquid, and correlates the rate of descent to the viscosity of the liquid.A rotating disc viscometer is a drag-type device. The device consists of two concentric cylinders, with the space between the two cylinders filled with the liquid being measured, as shown in Figure 12.7. The outer cylinder is driven by an electric motor at a constant speed using a synchronous motor, and the force on the inner cylinder is measured using a torque sensor. The viscosity of the liquid then can be 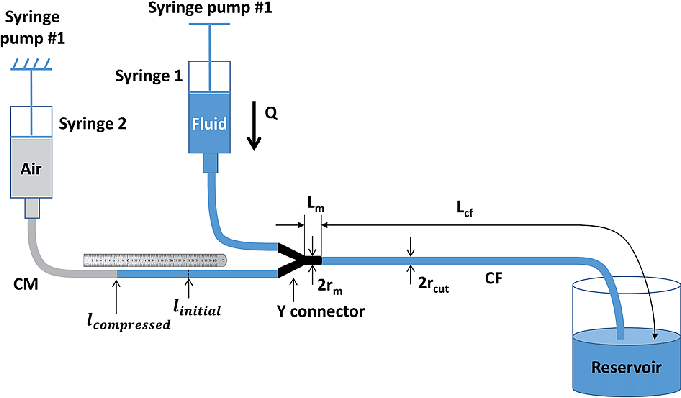 determined. This type of viscometer can be used for viscosities from 50 to 50,000 centipoises, with an accuracy of ±1.0% and repeatability of 0.5% of span. The device can be used for viscosity measurements from −40° to +150°C, and pressures up to 28 MPa(g). In a production environment, the rotating disk viscometer is normally the device chosen.The Saybolt instrument measures the time for a given amount of fluid to flow through a standard size orifice, or through a capillary tube with an accurate bore. The time is measured in Saybolt seconds, which is directly related to, and can be easily converted to, other viscosity units.