Rate of fire demand is sometimes treated as a function of population and is worked out on the basis of empirical formulas: 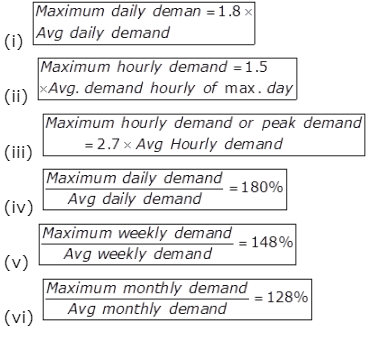