The configuration, or topology, of a network, is key to determining its performance. Network topology is the way a network is arranged, including the physical or logical description of how links and nodes are set up to relate to each other. There are numerous ways a network can be arranged, all with different pros and cons, and some are more useful in certain circumstances than others. Admins have a range of options when it comes to choosing a network topology, and this decision must account for the size and scale of their business, its goals, and budget. Several tasks go into effective network topology management, including configuration management, visual mapping, and general performance monitoring. The key is to understand your objectives and requirements to create and manage the network topology in the right way for your business.

Question for Network Topologies
Try yourself:Physical or logical arrangement of network is __________
Explanation

Topology in networks is the structure or pattern in which each and every node in the network is connected. There are many topologies in networking like bus, tree, ring, star, mesh, and hybrid topology. There is no particular best topology and a suitable topology can be chosen based on the kind of application of the network .

In a mesh topology, every device is connected to another device via a particular channel. 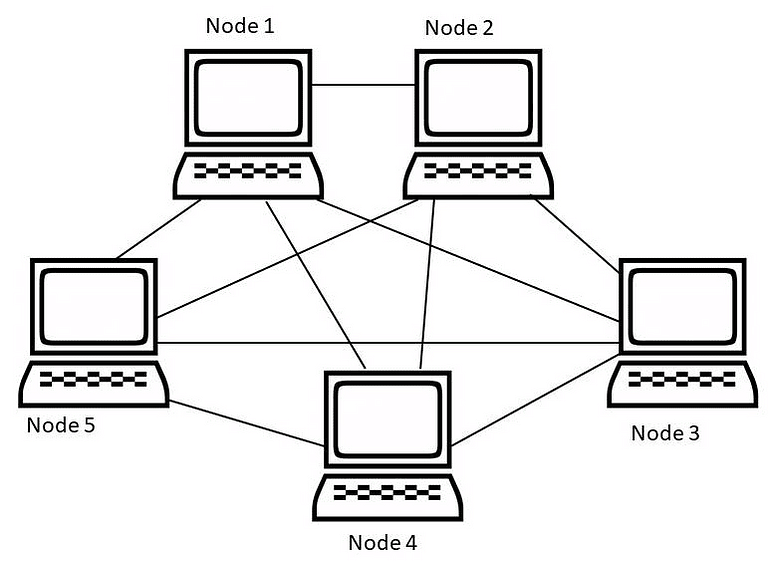 Every device is connected with another via dedicated channels. These channels are known as links.

In star topology, all the devices are connected to a single hub through a cable. This hub is the central node and all others nodes are connected to the central node. The hub can be passive in nature i.e., not intelligent hub such as broadcasting devices, at the same time the hub can be intelligent known as active hubs. Active hubs have repeaters in them. 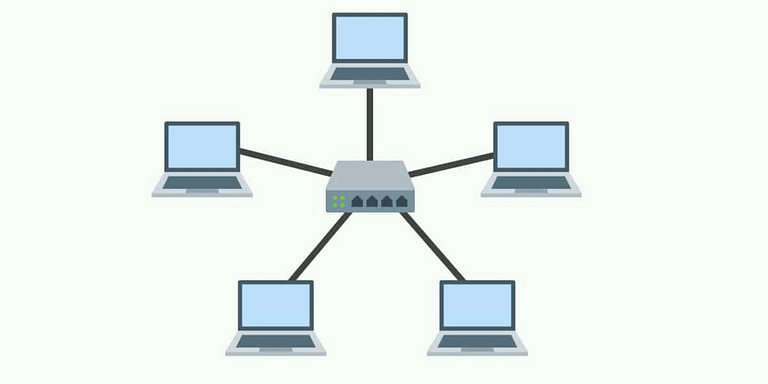 A star topology having five systems connected to a single point of connection i.e. hub.Advantages of Star Topology

Bus topology is a network type in which every computer and network device is connected to a single cable. It transmits the data from one end to another in a single direction. No bi-directional feature is in bus topology.

A bus topology with a shared backbone cable. The nodes are connected to the channel via drop lines.

In this topology, it forms a ring connecting devices with its exactly two neighbouring devices. 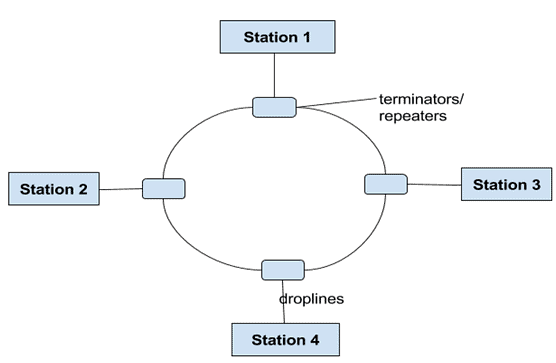 A ring topology comprises 4 stations connected with each forming a ring.

The following operations take place in ring topology are: 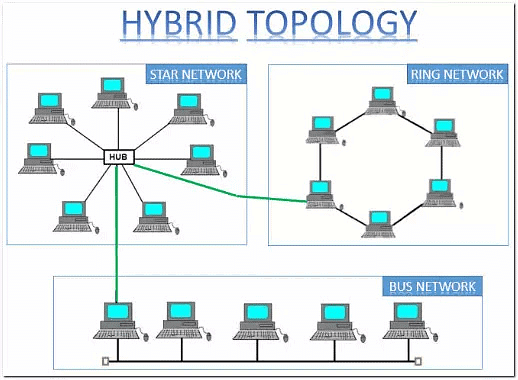 This topology is a collection of two or more topologies which are described above. This is a scalable topology that can be expanded easily. It is a reliable one but at the same, it is a costly topology.