What are Bar Charts?

Bar charts are one of the easiest, graphically attractive and hence most commonly used methods of presenting all types of data. They are especially useful for representing various data series. 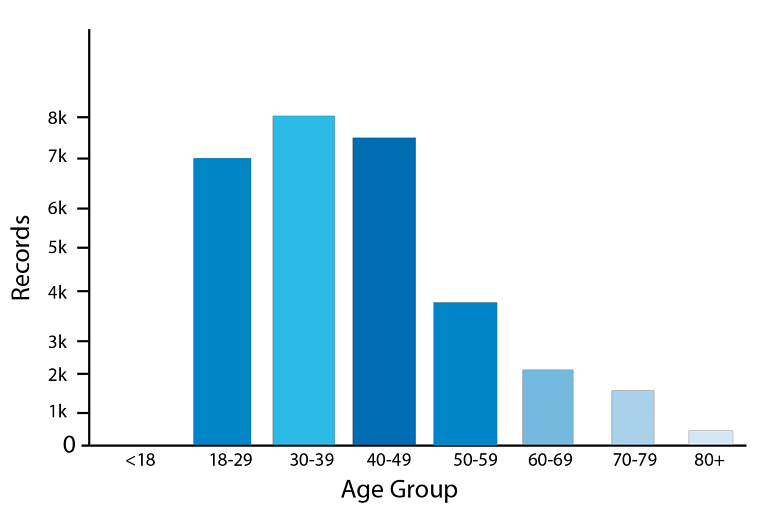 Now let's have a look at the different kinds of bar charts and the kinds of data that can be represented on a bar chart.

The simple bar chart is the simplest bar chart that has one continuous variable charted along with one discrete variable.

Figure below shows an example of a Simple Bar Chart. 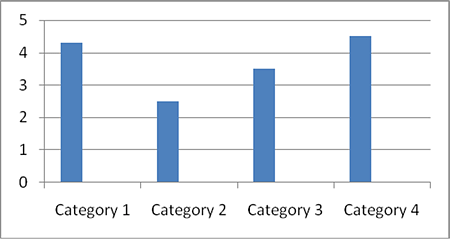 One of the primary limitations of the simple bar chart is that it can only be used to display a single continuous variable.

Try yourself:The bar graph given below shows the sales of books (in thousand number) from six branches of a publishing company during two consecutive years 2000 and 2001. 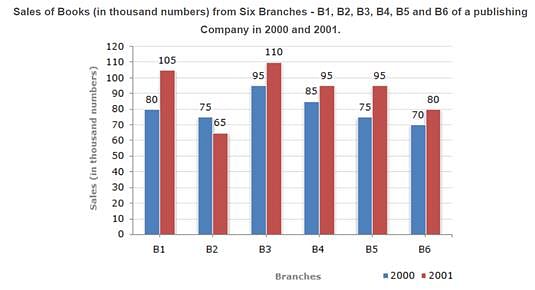 The Use of Bar Charts to Show Deviations

Deviation bars are useful for graphic presentation of continuous variables which can have both positive and negative values, i.e., surplus or deficit, net profit or loss, net of imports and exports.

In general continuous variables which have both positive and negative values are best represented on bar charts.

Representation of Percentage on a Stacked Bar Chart

Sometimes stacked bars can also be used to represent the break-up of some continuous variable. The figure below will make it clear.

Try yourself:The following chart represents the number of students of AMS careers at its Lucknow center who passed either the CAT exam or XAT exam or CET exam or none of these exams. Assume that there are no students who passed more than one exam. 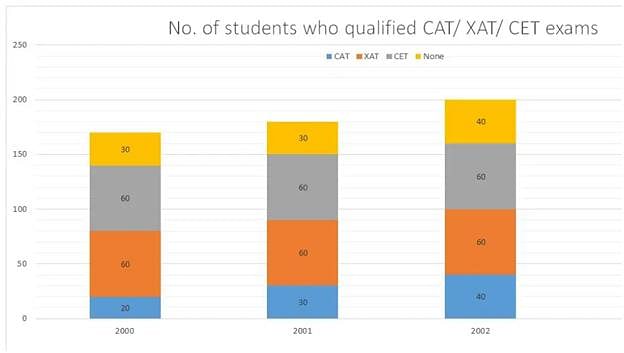 What was the percentage of students who cleared CAT in 2000?

We need to calculate the percentage of students who cleared CAT in 2000,

And, Total students are 170

Q.1. Answer the question based on the chart below. 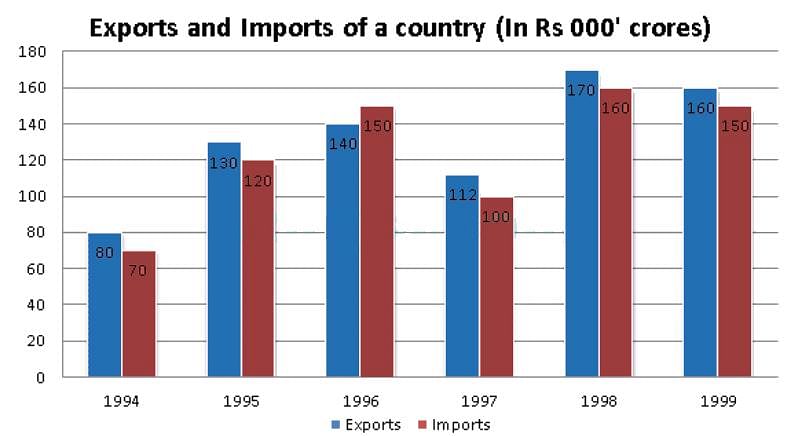 (i) In how many of the given years was the exports at least 10% more than the imports?

⇒ Exports < Imports so we need not consider this case.

⇒The given condition was satisfied in two years.

Choice (C) is the correct answer.

(ii) What were the average exports for the given period (in Rs. 000' crores)?

Thus choice (B) is the right answer.

(iii) From 1995 to 1999, in which year was the percentage growth In exports, when compared to the previous year, the highest?

Thus choice (A) is the correct answer.

(iv) What is the simple average annual growth rate in the imports from I994 to 1999?

Solution: The imports, as well as exports, exceeded those in the previous years in I995, I996 and 1998. In none of the years was the given condition satisfied.

Thus choice (A) is the correct answer.

Q.2. Production of paper (in lakh tonnes) by three companies X, Y and Z over the years. Study the graph and answer the questions that follow. 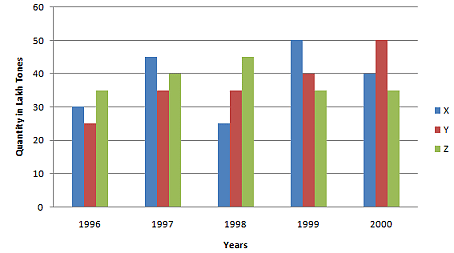 (iii) What is the percentage increase in the production of company Y from 1996 to 1999?

(iv) The average production for five years was maximum for which company?

Clearly, this percentage is highest for 1996.