The document Basic Trigonometry Concepts Quant Notes | EduRev is a part of the GMAT Course Quantitative Aptitude (Quant).
All you need of GMAT at this link: GMAT 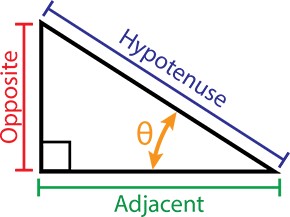 Since from trigonometric identities,
cos(90° – θ) = sin θ
So, both represents the same value.

For angles u and v, we have the following relationships:

Let us look at some examples to understand the concept better:

Try yourself:The angle of elevation of a ladder leaning against a wall is 60° and the foot of the ladder is 4.6 m away from the wall. The length of the ladder is:
Explanation

Let AB be the wall and BC be the ladder. 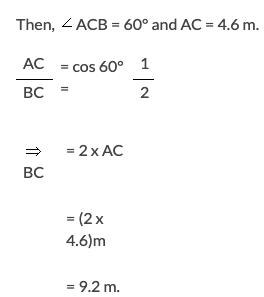 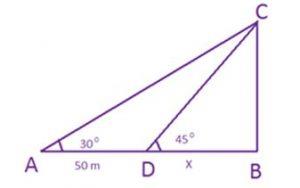 Try yourself:From a point P on a level ground, the angle of elevation of the top tower is 30°. If the tower is 100 m high, the distance of point P from the foot of the tower is:
Explanation

Let AB be the tower. 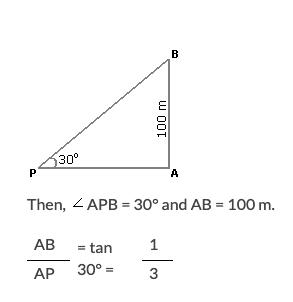 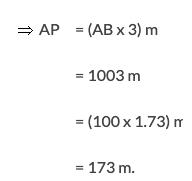 View Solution
Example 2: An aeroplane when flying at the height of 3125 m from the ground passes vertically below another plane at an instant when the angles of elevation of the two planes from the same point on the ground are 30º and 60º, respectively. Find the distance between the two planes at that instant.

Let C and D be the two aeroplanes, and A be the point of observation. Then, 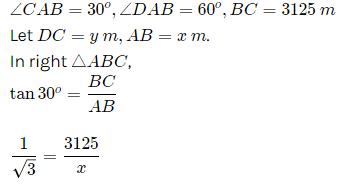 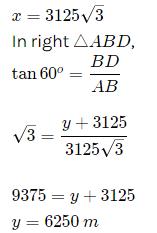 Therefore, the distance between the two planes is 6250 m. 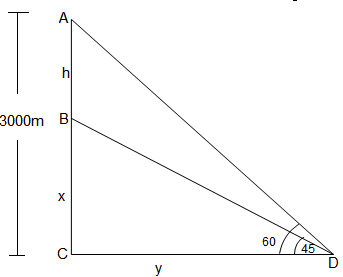