Every part of machine which is having some relative motion with respect to some other part is known as kinematic link .

2. Flexible Link: Deformation is there but it is in permissible limits.

3. Fluid Link: When motion or power is transmitted in permissible limits. 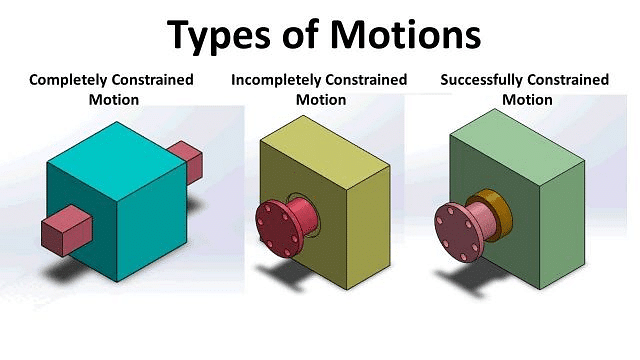 When motion between two element of a pair is possible in more than one direction but is made to have motion only in one direction by using some external means, it is called successfully constrained motion.

Example: A piston in a cylinder of an internal combustion engine is made to have only  reciprocating motion due to constrain of the piston pin (external), cam and follower, shaft in foot step bearing.

When the motion between the elements of a pair is possible in more than one direction and depends upon the direction of force applied, it is known as incompletely constrained motion e.g. cylindrical shaft in round bearing.

Kinematic Pair and their ClassificationA kinematic pair or simply a pair is a joint of two links having relative motion between them.(i) According to nature of contact

(ii) According to nature of Mechanical constraint

(iii) According to Nature of Relative motion 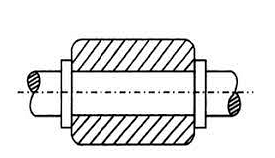 The minimum number of independent variables required to define the position or motion of the system is known as Degree of freedom. The connection of a link with another imposes certain constrains on relative motion thus.Degree of freedom = 6 – number of restraints

Degree of Freedom of a Mechanism

Most of the mechanism are two dimensional such as four link or a slider crank mechanism in which displacement is possible along two axes (one restraint) and rotation about only one axis (two restraints). Thus there are three general restraints. Hence.

It is for those mechanism which have single degree of freedom and zero higherpair.3l – 2j – 4 = 0Here, l = Number of linksj = Number of binary joints

Degree of Freedom for different frames

The mechanism is known as a crank-rocker or a crank-lever mechanism or a rotary oscillating convertor.

In such a linkage, the mechanism and its inversions give the same type of locomotive in which the rotary motion of the wheel is transmitted to the other wheel.Inversion of 4-Bar Mechanism 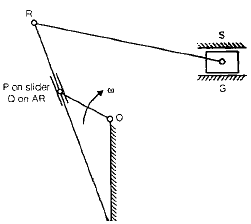 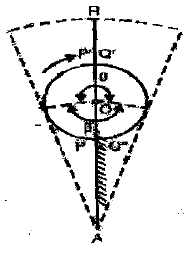 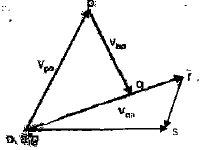 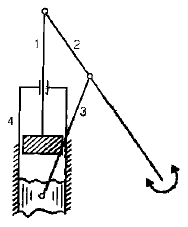 A four-bar chain having two turning and two sliding pairs such that pairs of the same kind are adjacent is known as a double slider crank chain. The following are its inversions: 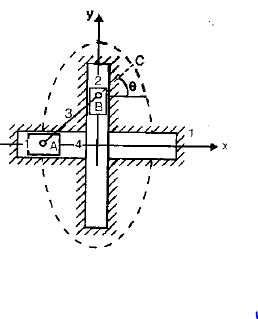 If any of the slide block of first inversion is fixed then second inversion is obtained such as scotch yoke mechanism, which is used to convert the rotary motion into a simple harmonic motion.

Oldham coupling: It is used to connect two parallel shafts when the distance between their axes is small.Maximum sliding velocity=peripheral velocity along the circular path=angular velocity of shaft × distance between shaftsMechanical Advantage 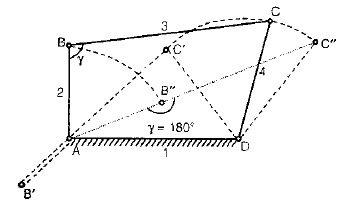