Where, c = cohesion
Φ= angle of internal friction
σ= Normal stress on the potential failure surface
Similarly, the mobilized shear strength is given by

1. Infinite Slope:- If the slopes represents the boundary surface of infinite soil man & the properties of the soil at similar depth below the ground, it is termed as infinite slope.
-Failure take place due to ‘sliding’ 
-Failure surface is parallel to the ground plane or slope

The factor of safety against sliding failure is

Under the limiting equilibrium Fs =1 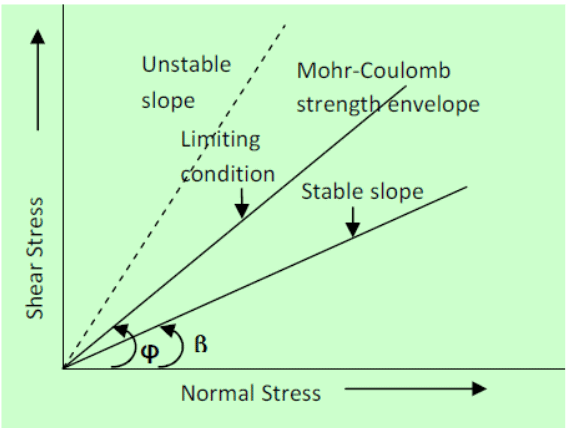 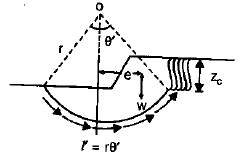 Factor = Factor of safety it tension cracks has developed. 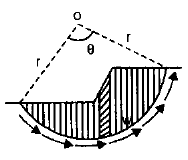 where, F = Factor of safety 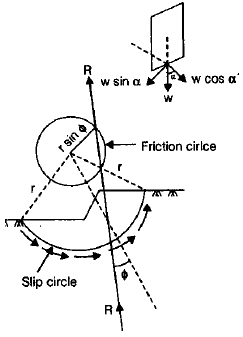