The thermal decarboxylation of free acids may be :

Williamson’s synthesis: It is the reaction in which sodium or potassium alkoxide is heated with an alkyl halide (SN2).

This method is particularly useful for preparing mixed ethers.

The majority of Grignard reactions fall in to two groups(i) Addition of the Grignard reagent to a compound containing a multiple - bond group e.g.

Step 2 : Attack by a nucleophile gives the product of addition.

(b) Addition of hydrogen halides (where HX = HCI, HBr, HI)

Step 2 : Electrophilic attack and formation of the sigma complex.

Step : 2 Loss of a proton gives the products. 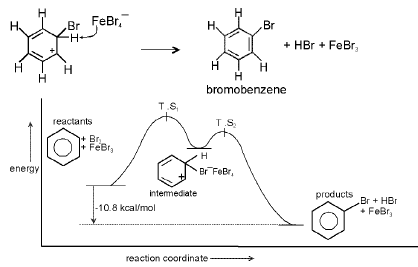 (c) Sulphonation: The electrophilic reagent, SO3, attacks the benzene ring to form the intermediate carbocation.

Acylation mechanismAcylation of benzene may be brought about with acid chlorides or anhydrides in presence of Lewis acids.Step 1 : Formation of an acylium ion.

Step 3 : Loss of a proton. Complexation of the product.

Note : Friedal - Crafts acylations are generally free from rearrangements and multiple substitution. They do not go on strongly deactivated rings.e.g.

Nucleophilic Aromatic Substitution : The reaction is second-order in which nucleophilic sbustitution occurs on benzene ring. It is generally accepted that the reaction proceeds via an intermediate o-complex, the benzenonium carbanion (or the pentadienyl anion), e.g., Kolbe Reaction : It is the industrial method of preparation of salicylic acid from phenol.General reaction:

Sandmyer’s Reaction : When a diazonium salt solution is run into a solution of cuprous halide dissolved in the corresponding halogen acid, the diazo-group is replaced by a halogen atom.m - Chloronitrobenzene Formation of hydrzones and azines

Perkin reaction :When benzaldehyde (or any other aromatic aldehyde) is heated with the anhydride of an aliphatic acid (containing two α-hydrogen atoms) in the presence of its sodium salt, condensation takes place to form a β-arylacrylic acid ; e.g., with acetic an hydride and sodium acetate, cinnamic acid is formed. 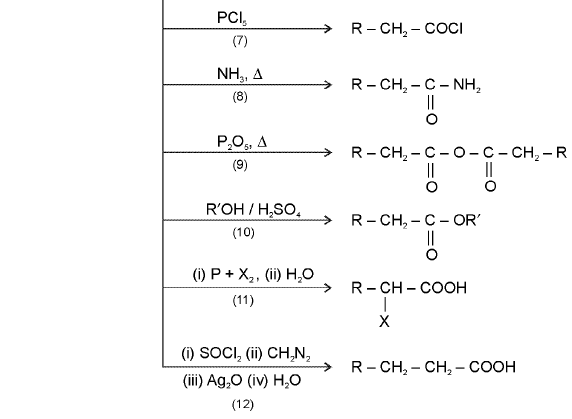