The document Chapter - 3: FROM GATHERING TO GROWING FOOD Notes | EduRev is a part of UPSC category.
All you need of UPSC at this link: UPSC

The beginning of farming and herding:

(b) By observing people became farmers

Persons who look after a herd of livestock or makes a living from keeping livestock, especially in open country. 'they are nomadic cattle herders by tradition'

Domestication of plants:(i) Those plants which have: 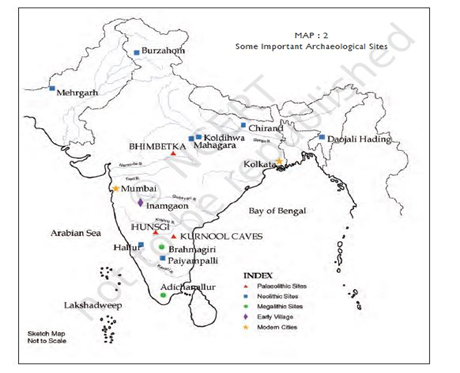 Each marks a site from where archaeologists have found evidence of early farmers and herders.

Some of the sites from which grain and bones have been found are the following: 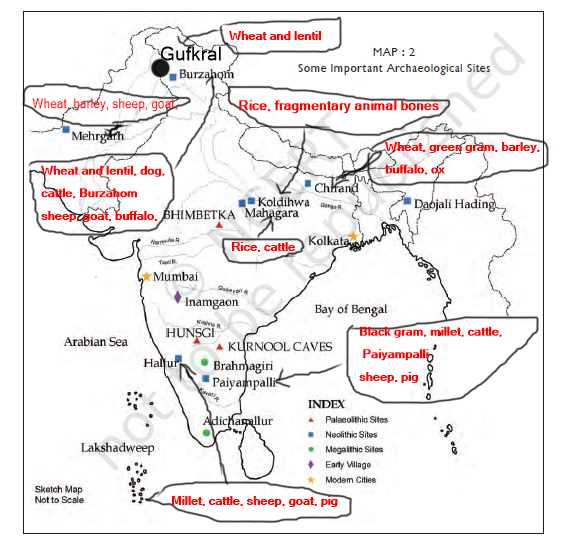 Towards a settled life

Archaeologists have found traces of huts or houses at some sites which shows that people have a stable life.

(a) Burzahom (in present-day Kashmir)(i) Hut and pit houses were founded.(ii) Indoor and outdoor cooking.(iii) Stone tools of different sizes, polished and to give a fine cutting edge.(iv) Earthen pot cooking, storing, decorative designs on it.(v) Also got evidence of agriculture growth and weaving clothes.

(b) Mehrgarh (in present day-Pakistan)(i) It is fertile plain around the bolan pass.(ii) We can identify village development because of barley, wheat grown and sheep, goat reared.(iii) Excavated in stratified manner. After hundreds of years surface rise and led to formation of mound.

(iv) Square or rectangular houses: Each house had four or more compartments, some of which may have been used for storage.

(v) Burial sites: the dead person was buried with goats, which were probably meant to serve as food in the next world. 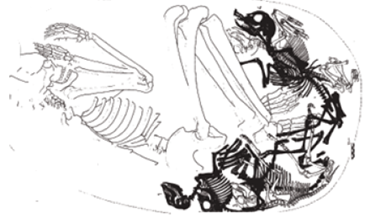 (ii) Stone tools, mortar, pestles and agricultural evidence have been found.(iii) Stone like jadeite (not available locally) may have been brought from china. 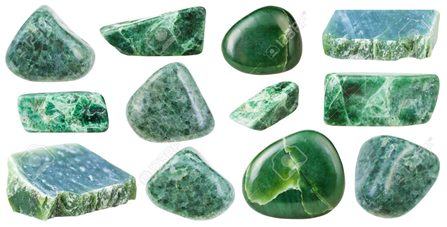 In TURKEY neolithic site CATAL HUYUK (a) Established trade with(i) Lint from Syria,(ii) Cowries from the Red Sea,(iii) Shells from the Mediterranean Sea — and used in the settlement.